辶 appears as component of images of other kanjis.

辶 is is element of WalkU and is easy to confuse with other elements of this set. 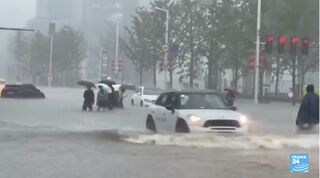 System of names (Walk0,Walk1,Walk2,Walk3,Walk4) is based on descriptions [3][4] of two of these characters by The Unicode Utilities.
These Kanjis are ordered their Unicode numbers. In analogy with characters WALK ONE and WALK TWO, the next character in the list, it est, X8FB6 辶, is denoted with term WALK THREE, or, shorter, Walk3; this word is easier to remember than the hexadecimal number X8FB6. At the current representation of the Unicode characters in computers, the pic 辶 of the character cannot be used as its identifier, and more distinguishable names are necessary; for example, Walk0, Walk1, Walk2, Walk3 and Walk4.
At least in the range X0020-XFFFF, no other characters is found with similar pic to confuse with. However, among Unicode characters whit higher numbers, in some implementation, another similar character may appear; then, such a character can be denoted with symbol Walk5.

In century 21, the implementation of Japanese characters in computers in underdeveloped.
Up to year 2021, there is no united standard default font, that would allow each character to look the same at various computers, but different from other characters.
Practically, the opposite case takes pace:
View of some Unicode characters depends on the default font of the operational system, while even within the same operational system, different characters may look just the same.

Such a confusion takes place in the case of character 辶 [7].

Not only Humans, but even the software confuse the characters.
The KanjiConfudal XFA66 辶 is often substituted with X8FB6 辶, silently, without any waring.
In particular, at the default setting of MediaWiki, it is not possible to create two independent articles with names 辶 and 辶; an attempt to access 辶 redirects here.

Term WalkU is defined to substitute this (too long and too complicated) construction with single word.

In written Japanese languages of century 21, character 辶, by itself, is not popular.
The image of this character (or that of other WalkU) is used by the font designers to make pictures of other, more complicated and more usual, kanjis. Here are few examples:

Characters X2FA1 ⾡ and X8FB5 辵 look similar; at Macintosh default font, the same picture seems to be used for both.
For this reason, each of these two characters is qualified as confuse; they cannot be used in Tarja language.
However, the Romanji Sinnuu and Hiragana しんにゅう are allowed. Each of this words can be pronounced "as is" and may mean "enter", "advance" or "road", "street".

Due to the high ambiguity, none of the five characters of WalkJ is allowed in Tarja.

Character 辶 can be translated into Tarja in the following ways:

4. X8FB6 or Walk3 (if it is necessary to distinguish it from other WalkU).

None of this words look similar to other elements of the Tarja language.