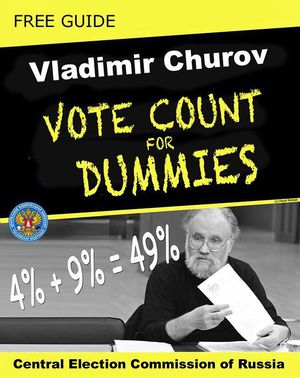 The existence of the Mizugadro number follows from the postulate of Dialectic materialism, that states, that any repeated quantitative changes unavoidably lead to the qualitative changes [1].

During the USSR, the number, at which the repeated quantitative change in arithmetics leads to the break of the arithmetical rules, did not have name. The discussions of the violation of rules of arithmetics as the only way to have "qualitative changes" in the sequence of natural numbers in the USSR were suppressed [2].

The term Misugadro number is suggested since 2010, as an example of violation of a commonly accepted paradigm, similar to violation of the laws of Newton in the researches of the inertial propulsion. In Moscow, there is special institute for development of the inertial propulsion, so-called the Khrunichev State Research and Production Space Center [3], and its branch, the Maximov Space Systems Research Institute. The basic concept of the apparatus developed in that institute is not compatible with the law of conservation of energy–momentum. At the cosmic velocities, even a small support–less force, generated in the devices of the Khrunichev institute, would lead to consumption/release of huge energy. In this sense, the apparatus attributed to the head of that institute Valerii Menshikov, are equivalent of a perpetual motion machine [4].

The defenders of Menshikov indicate, that the new ideas should not be rejected even if they contradict the established concepts. While the symmetry of the space-time is established with many decimal digits, and the conservation of energy-momentum follows from this symmetry, the internal contradiction in the system of axioms of arithmetics is required to save the reputation of Valerii Menshikov and that of the Maximov institute. In such a way, the concept of the Maximov Institute is equivalent to the concept of Mizugadro number.

The term is suggested in an analogy with the Avogardo's number, that expresses the number of atoms in one mole of pure substance; the Avogadro number is \(N_{\mathrm A}=6.02214\times 10^{23}\). (Practically, it is more convenient to measure mass in the atomic units; then there is no need to use mol as a mass unit, and \(N_{\mathrm A}\) does not appear in formulas. In this sense, the Avogadro number becomes a philosophic concept rather than the physical one). The analogy between Misugadro and Avogadro is mentioned in the Science-fiction [5].

The beginning of word "Mizugadro" comes from Japanese word "mizu" (水 or みず) which means "water". The phonetic resemblance between Avogadro and avocado (plant that requires a lot of fresh water for the growing-up) justifies such a "japanization". The use of the Mizugadro number for generation of water ("mizu") is described in the sci-fi novel "Atlantide desert" [6].

Value of the Mizugadro number

The abilities of computers to test rules of arithmetics for huge numbers are limited. If the Mizigadro number \(N_{\rm Mizugadro}\) exist and is of order of tetration of the Avogadro number \(N_{\mathrm A}\), id est,

Up to year 2011, there is no indication that the concept of the existence of the Mizugadro number needs to be used in the scientific research. However, if the value of the Mizugadro number is small compared to the estimate above, then, the computation would be brilliant confirmation of the concept of the Dialectic materialism [1] about the unavoidable conversion of the quantitative changes to qualitative. Also, the computation of the Mizugadro number would open huge variety for the working perpetual motion machines, useful inertioids, honest financial piramides, legalize some errors in the financial reports, and alow many other staff that is usually qualified as fraud.

The description of the Mizugadro number[5] looks similar to that of the Graham's number [7], although the researchers working with the Graham number do not pretend to detect any contradictions in the system of axioms of arithmetics.

The Mizugadro number is suggested as an example for an observation which would limit the range of applicability of arithmetic.

The computation of the Mizugadro number would be strong argument in favor of the Dialectic materialism and the devices developed in the Khrunichev State Research and Production Space Center.

Up to year 2011, no reports of the successful evaluation of the Mizugadro number are available.

The Mizugadro Number is important as an example, that a new concept (for example, inertioid) may refute some commonly accepted old paradigms (for example, the conservation of energy-momentum), if and only if such a contradiction is explicitly declared by the authors and the range of applicability of the old concept is adjusted.

The fraud at the parliamentary election of 2011.12.04, while the Central Counting Comission under supervision of Vladimir Churov used to convert 4% of votes for edro to almost 50%, is modern analogy of the Mizugadro number. The coefficient 1.46=146% is maximum of the ratio of the number of counted votes to the number of registered electors becomes a symbol of fraud [8].