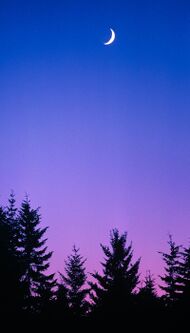 ⽉ can be pronounced as Gatsu, がつ and mean month.

⽉ can be pronounced as Tsuki つき and mean Moon.

X2F49 ⽉ [1] is easy to confuse with character X6708 月 [2] that has similar image, similar pronunciations and similar meanings.

The main meanings of ⽉ are Month and Moon.

Graphical representations of X2F49 ⽉ and its synonym X6708 月 depend on the software. Here are examples:

Due to such a confusion, both these characters are excluded from Tarja

In Tarja, none of characters 月, ⽉ is allowed, because at some computers these kanjis look the same.

Character X6708 月 can be translated into Tarja in the following ways:

1. X2F49, if the author does not know, should this character refer to month or to Moon.

2. Tsuki or つき, if the author means Moon.

3. Gatsu or がつ, if the author means month.