Difference between revisions of "Chikara" 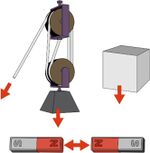 Chikara is set of the four Unicode characters:

Also, term Chikara may refer to sound, denoted with any of the characters カ, ⼒, 力, 力; in most of cases, it is either "ka" or "Chikara".

Characters of Chikara are highly confusive.

This causes mistakes at the automatic processing of texts; in particular, at the search and at the replace. The original URLs of the first two pictures (at the top) may look similar, although these are different pictures: the first one represents the Katakana character, and the second shows the KanjiLiberal. The author M4RC0 tried to show the difference with bigger serifs at the ends of the 2-segment line in the pic of Chikara Katakana.

In order to avoid the errors, some programming is necessary.
The PHP program ud.t can calculate the Utf8 encoding or these four characters.
For the execution, file uni.t also should be loaded. Then, command

reveals the encoding of these characters:

Character X529B 力 seems to be most usual among other Chikara.

However, at some software, the pictures of these two characters may look different. 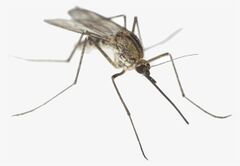 Examples of the four basic meanings (according to the dictionaries) of term Chikara: energy, force, power, mosquito.

Term Chikara is defined to substitute the formally-correct, but absurdly cumbersom construction

The construction above is not good (and not usual at all), because, as it is mentioned above, with the most of software, characters ⼒, カ, 力, 力 are difficult to distinguish from each other.

Term Chikara is necessary to refer this set (or to an element of this set), while it is difficult to guess, which one of these four characters should be mentioned.
Word Chikara allows to refer the generic image of the Karakawa or kanji, without to indicate the specific character, while its number is not yet known (or even is not yet assigned).

According to the dictionaries cited, term Chikara has the four basic meanings:

The four meanings above are so different, that, from the context, the native Japanese speaker can easy guess, which meaning refers to each sentence.
However, at learning of Japanese, the process of recognition is opposite: the reader looks at the possible meanings of the characters and tries to guess the context; in this case, the generic terms, like Chikara, are essential in analysis of Japanese texts.

At the beginning of century 21, it is difficult to trace any preference in use of some of the four characters ⼒, カ, 力, 力 indicating each of the four meanings mentioned; the chikara characters seem to be used in the random order, confusing the readers; both Humans and robots, which try to analyze the text.

Even if this does not happen, the generic term Chikara helps to adjust, correct the most usual meaning of the four characters. This is important, as any translation (even if made by a Human professional) from one language to another unavoidably change the meaning of the terms and sentences. Such misunderstanding may be reason for conflicts and wars. Systematization of knowledge of terms (in particular, knowledge about characters combined with term Chikara) is expected to help to avoid the errors.