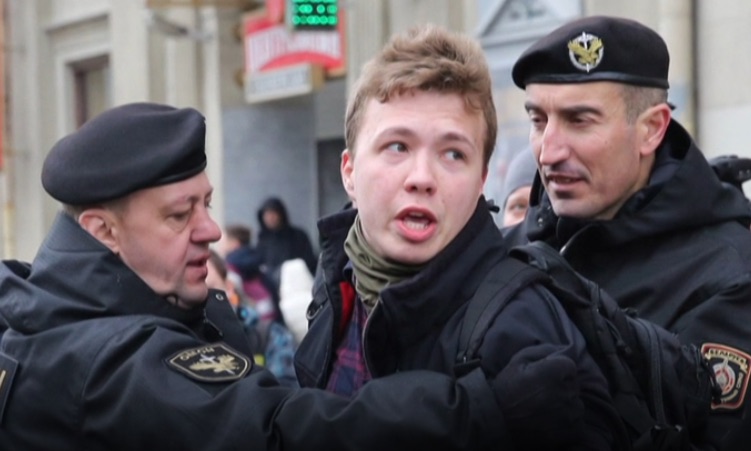 Roman Protasevich, in center, and two non-identified terrorists, kidnapping him 2021.05.23 at the Minsk Airport upon the 2021.05.23.hijack of the Ryanair passenger jet performed flight FR4978 from Athens (Greece) to Vilnius (Lithuania) and hijacked by Belarusian Mig-29.

Fragment from snapshot from movie by BBC [1]

Namely kidnapping of Roman Protasevich seems to be the main goal of terrorists organized and performed the 2021.05.23.hijack.

The following page links to this file:

This file contains additional information, probably added from the digital camera or scanner used to create or digitize it. If the file has been modified from its original state, some details may not fully reflect the modified file.
Retrieved from "https://mizugadro.mydns.jp/t/index.php?title=File:2021.05.23.Terrorists.jpg&oldid=36946"
Categories: