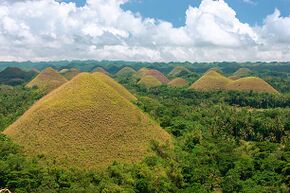 Kozato can be pronounced as "kozato" or "kozatohen" and may refer to a hill, a mould.

Character X2ED6 ⻖ needs special name, that is easier to pronounce (and easier to remember), than X2ED6.

The original Japanese Kanji ⻖ cannot be used for the identification, because of the common defect of representation of the Unicode characters in the default font at the most of the operational systems.
Up to year 2021, there is no united standard for the default font, that would allow each Japanese character to look the same at various computers, but different from other characters.
In particular, characters X2ECF ⻏ , X2ED6 ⻖ , X961D 阝 , look similar, although their default view depends on the computers.

Term JapanBeta is defined to substitute this construction with the single word.

However, sometimes, it is desired to specify the character; to indicate the specific element of set JapanBeta.

Note, that, by the definition, Kozato is not just Romanji transliteration of sound こざと; sound こざと may refer to various characters, while Kozato refers to the single, unique character.

By definition, JapanBeta is set of the following three Unicode characters:

Each of characters kozato can be pronounced "Kozato" or "Oozato" or "kozatohen" and refer to a geographic place, village, country, city, hill, community [4]

Character Kozato is not so usual by itself. The same refers also to other JapanBeta characters.

Image or character Kozato appears as element of images of more complicated kanjis.

Symbol Kozato appears at the left hand side of the image. Namely in this way it is identified in recognition and interpretation of the Japanese kanjis.

If similar structure appears at the right hand side of the image, it is interpreted as Oozato, X2ECF ⻏, and refers so a village, town rather than to a hill.

Here are examples of use of picture of Kozato, id est, that X2ECF ⻏ (in the sense mentioned) at the left hand side of kanjis:

There are several kanjis, that have meaning similar to Kozato. The two examples are suggested below:

In the similar way, some characters may have graphical representation similar to that of Kozato. They can be qualified as confusions (caused by the poor implementation of the Japanese characters), but not as Kozato.

Kozato refers to the specific character, with its specific encoding, and should not be mixed with other character.

Avoiding of such confusions is the main reason for the definition of term Kozato.

Meaning of kanjis in TORI is constructed based on the descriptions in the dictionaries cited. This is first step, to establish nomenclature of Japanese characters. It is necessary to reveal the confusions, as some characters happen to look very similar; and some go them sound very similar. The confusions disturb preparation and analysis of texts in Japanese; so, this part of job should be done first.

The second approach should include the analysis of the practical of use of the characters in applied (not related to learning of Japanese) texts. Then, the semantic can be adjusted.