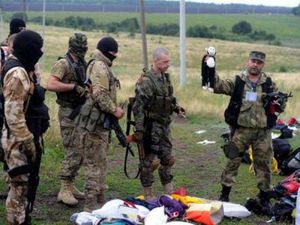 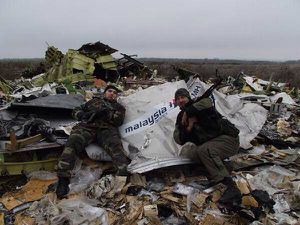 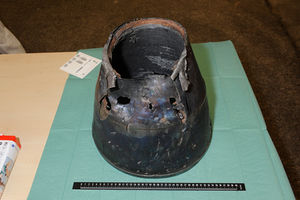 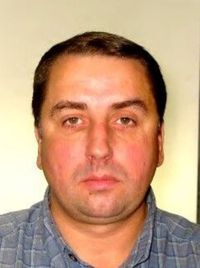 Иванников Олег Владимирович believed to organize the attack on MH17 [4] 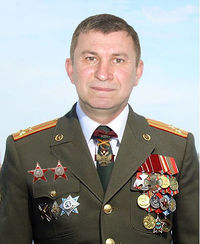 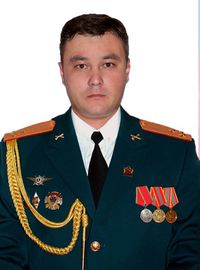 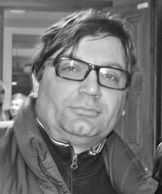 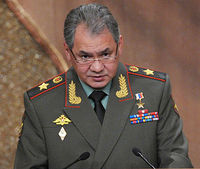 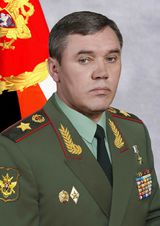 MH17 (см. 2014.07.17.теракт) is number of flight of Malaysian Airlines, performed 2014.07.17 by the Boeing 777 airplane, and reported to be shut down by the russian missile buk above the territory controlled by the pro–russian troops.[12]. The buk is reported to be delivered from the Russian military base Вч 32406 at Kursk.

2016.05.21, the news is distributed, that 33 Australian relatives of passengers, killed at the MH17 flight, have filled the complains against Russia and Vladimir Putin and submitted to the European Court of Human Rights by 2016.05.09. The relatives claim from Putin $10^7$ dollars per dead passenger. This claim is supported by the evidence, that the terrorists could not get "buk" missile system without order from Vladimir Putin, and the Russian officials hid their involvement in crash. [17][18][19]

The MH17 crash is qualified as criminal case; the airplane is believed to be shut down by the buk missile launched from the device that came from Russia [20][21].

List and images of victims, killed by the Russian terrorists of вч 32406 with the Buk missile, is available[22].

After reports [13][14][20], the article below is unlikely to add anything important to understanding of causes of the crash of MH17, nor to personality of terrorists, who shut down the passenger jets. (As the terrorists mentioned were not arrested, one may expect, that other liners crashed could be shut down by the same team). However, some publications cited below can be used to qualify the sources as "authoritet" or "non-autoritet".

No one terroristic organisation had declared themselves as responsible for the aggression. This may indicate, that the goal of the killer was not the political reaction, but just the belongings of the victims - money, luxury, mobile phones, dhildren toys, cosmetics, etc. The buk missile launcher is believed to return to the territory of Russia; perhaps, some of killers hide there. The murder of crew and passengers of MH17 is blamed on Vladimir Putin, as he constructed the totally corrupted system, where the criminals can get access to the buk missiles. The sutting down of MH17 boosted the sanctions against the top administration of Russia; several authors expect that the sanctions can stop the Russian aggression and distribution of the powerful weapon into hands of killers.

One of the multiple (and mutually–contradictive) "Kremlin" versions (in Russian) is suggested at the report [26].

Churkin and Putin are recognised as organisers of the terroristic act

It is mentioned, that Vitaly Shurkin (Чуркин Виталий Иванович) is agianst the international investigation of the catastrophe of MH17; he believes, that those, who shutted it down will not be punished. [27][28].

The public expectations are opposite to those of Churkin and Girkin. Expropriation of belongings of the passengers and crew indicate, that the robbery should be considered at least as one of goals of the terrorists. For the murdering and robbery, the relatives of the victims claim 50 million dollars per each victim of that terroristic act, as a compensation. One thinks, Girlin will not be able to pay the amount requested, although even the payment should not release him from accusations for the intentional mass murdering and for destruction of the airplane.

Vladimir Putin is also qualified as responsible for the terroristic attack on the MH17 flight. The Australian firm names Russia, Putin in MH17 compensation claim. [25]

2016.07.17, Ross Logan indicates that Lawyer suing Vladimir Putin over Flight MH17 says he fears for his life after office raid; that lower is Jerry Skinner; his office was burgled a month after he informed Vladimir Putin of the lawsuit [11]

Since 2014, the boycott of Russia, stopping of import of Russian Gas and Oil is considered as correct response of Europe to the terroristic activity of Russian administration [29]

Versions of the event

The Russian official version of the crash of MH17 changes many times during 2014–2015. Each time, the Russian administration insist on their last version, providing neither explanations nor excuses with respect to the previous versions. This observation allows to qualify all the Russian official interpretations and versions about the MH17 crash as propaganda, id est, intentional misinformation.

The inconsistency and mutual contradictions of version of the Russian officials is mentioned by Yuri Gimmelfarb Юрий Гиммельфарб (in Russian) [30].

2017.08.14, Andrei Illaрионов indicates, that the terroristic attack against MH17 had been planned at very top of the Russian administration, at level of Russian fuhrer Vladimir Putin. [31][32]

2016.10.02, Julie Bishop indicates that the special tribunal is necessary to condemn and to punish terrorists, who shut-down flight MH17. [33]

2017.06.29, rtlnieuws indicates, that the international tribunal on the MH17 case is expected to be launched at Nederland. [34].

2017.10.25, some secrecy about information related to that attack (and its investigation) is observed at side of Nederland [35].

The reports mentioned in the preamble indicate, that the crash of MH17 2014.07.17 is qualified as terroristic attack, sponsored by the Russian administration. This qualification agrees with general concept of corruption in Russia as common, usual phenomenon, that characterises the entire life of the Russian officials. [36][37][38]

This interpretation shows good agreement with more general claim to designate Russia as state sponsor of terrorism. Then, Vladimir Putin appears as the greatest and most dangerous terrorist in the world. This concept agrees also with publications about the way Putin got the superior power in Russia: the scientific analysis shows, that the election fraud had been used by the Putin's mafia. [39][40][41][42]. 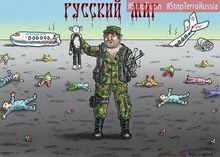 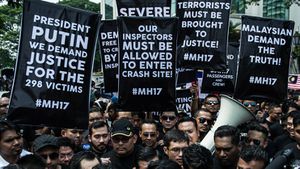 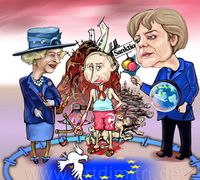 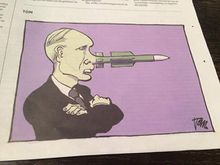 2015.03.03. http://www.dailymail.co.uk/news/article-2977695/MH17-kin-finally-view-wreckage-downed-flight.html?ito=social-twitter_mailonline TED THORNHILL. The biggest jigsaw puzzle in the world: Investigators begin painstaking process of piecing back together the wreckage of Flight MH17 - shot down above Ukraine. PUBLISHED: 15:52 GMT, 3 March 2015 | UPDATED: 18:13 GMT, 3 March 2015. For almost all of them, it was the first chance to see the twisted wreckage. It was likely the plane was hit by a missile as it flew over eastern Ukraine. All 298 on board the flight from Amsterdam to Kuala Lumpur were killed.

2015.03.06. http://www.dailymail.co.uk/news/article-2982337/Russian-secret-services-liquidated-troops-shot-MH17-planting-bugs-smartphones-laptops-investigators.html WILL STEWART. Russian secret services may have 'liquidated' troops who shot down MH17 and 'are planting bugs on smartphones and laptops of investigators'. PUBLISHED: 12:31 GMT, 6 March 2015 | UPDATED: 14:40 GMT, 6 March 2015 It is highly likely the aircraft was destroyed by 'BUK' surface-to-air missile Russian military could have shot it down from a rebel-held area in Ukraine Investigators say shooters are 'untraceable' and may have been executed More than one million documents, videos and photo's have been looked at Investigators worried Russian secret service are trying to hack computers Boeing 777 crashed near Donetsk in Ukraine on July 7, 2014 and killed 298

2015.08.14. http://airnation.net/hangar/threads/mh17-downed-by-sa-11-buk-missile-us-intel-confirms-ad-d.18441/ Amy Butler and Tony Osborne. MH17 Downed By SA-11 Missile, U.S. Intel Confirms. Aug 14, 2015. .. A Dutch-led Joint Investigation Team (JIT) comprising experts from Australia, Belgium, Malaysia, the Netherlands and Ukraine confirmed Aug. 11 that it was investigating several parts it had recovered from the wreckage of the downed airliner that they believe originated from a Buk, or SA-11, surface-to-air missile system. The JIT says it is investigating the origin of these parts with the help of experts including forensic and weapons specialists. ..

2015.10.13. http://www.theguardian.com/world/2015/oct/13/mh17-report-suggests-efforts-were-made-to-cover-up-causes-of-disaster Luke Harding at Gilze-Rijen airbase, Shaun Walker in Moscow and Julian Borger in London. MH17 report suggests efforts were made to cover up causes of disaster. Tuesday 13 October 2015 18.48 BST.

2016.05.14. https://www.stratfor.com/analysis/examining-evidence-russias-involvement-malaysia-airlines-crash Examining the Evidence of Russia's Involvement in a Malaysia Airlines Crash Analysis. May 13, 2016 | 14:55 GMT. .. This aligns with the body of existing circumstantial evidence tracing the Buk system's route to and from Snizhne. Combined, the evidence appears to show the Buk system moving from the Russian border toward Donetsk on July 15, 2014, and then moving back to the east on the afternoon of July 17, 2014, just hours before Flight MH17 was shot down. .. Reprinting or republication of this report on websites is authorized by prominently displaying the following sentence, including the hyperlink to Stratfor, at the beginning or end of the report.