Mathematica has incorporated function Nest, that means iteration of function. The superfunctions mentioned above can be easy expressed through the Nest. However, in the current version (at least up to year 2011), the only natural constants are allowed as values of the number of iterations. Fore some function \(f\), the \(f^c\) is allowed only for an integer values of \(c\) (reducible to an integer constant); any other value causes the error messages. Hope, in future versions, this problem will be fixed.

Routine FullSimplify does not seem to handle well expressions with imaginary unity , I=\Sqrt[-1] .

Here is he example Let

This can be verified with code 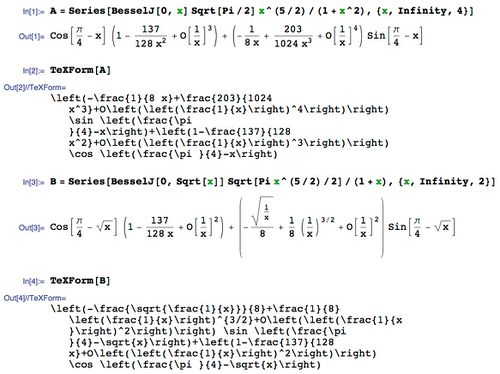 The change of variable, replacement of \(p\) to \(1+r\) leads to the expected result: