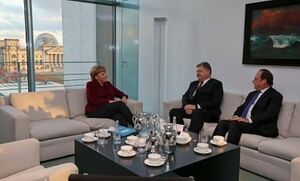 Termin Normand format (Normandy format, Нормандский формат) may refer to attempts of Angela Merkel, Francois Hollande and Petro Poroshenko to stop the Russian invasion into Ukraine by negotiations and coordination of sanctions against Russian terrorists and corruptioners.

Sometimes, leaders of Germany, France and Ukraine meet at Berlin and discuss ways to press Vladimir Putin to withdraw the Russian troops from occupied territory of Ukraine.

During 2014–2016, no significant achievements of the Normand format are observed; the Russian occupation of Crimea and South-East part of Donbass continue.

Goals of the Normand format

The self-declared "republics" DNR and LNR are recognised as Russian marionettes at the Ukrainian territory, occupied by Russia. In the similar way, the international society do not recognise the Annexation of Crimea as legal operation. In this sense, the territories occupied by Russian troops, are considered as territory of Ukraine. The goal go the Normand format is to recover the Ukrainian control at these territories, to recover the constitutional order, in the sense, declared in the Budapest memorandum and other international agreements signed by the top of the Russian officials since creation of the Russian Federation in 1993.

The Normand format negotiations do not seem to be efficient. The publications make impression, that leaders of civilised countries deviate with terrorists, but do not raise the key questions that could reveal the detailed role of each Russian official in organisation and handling of the Putin world war. Some go such questions are mentioned below.

1. Why, during 2014–2016, the Ukrainian administration do not submit the claim for the compensation of the Russian aggression to the international court?

3. Why the NATO countries do not make agreement with Ukraine about arena of the part of the Ukrainian territory, namely, strip along the border between Ukraine and Russia, base at Sevastopol and coast of the Kerch peninsula?

5. Why, during 2014-2016, the Russian Dumaks and Federasts, Russian generals, revealed in the terroristic activity, are not arrested upon arrival to any civilised country?

6. Where are official databases about the Russian terrorists participated in the Russian aggression against Georgia, Ukraine, Syria? What for do spend the budget the American FBI and CIA and their European analogies, if since the beginning of the Putin world war, in 2008–2016, they did not provide the free access to the detailed information about each of Russian occupant? Why volunteers of various countries have to do this job instead of professionals?

7. Why the negotiations of the Normand format do not bring answers to the questions above? 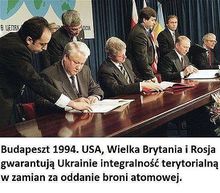 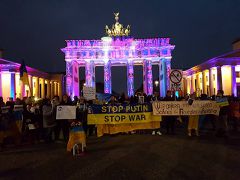 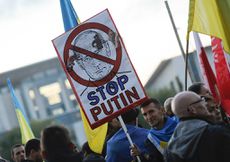 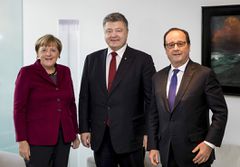 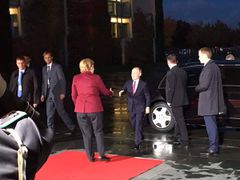 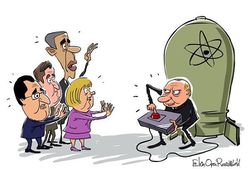 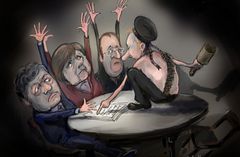 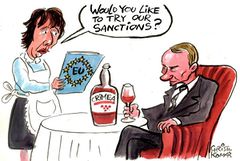 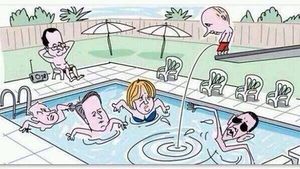