Superfunction comes from iteration of some function.

For some function \(T\) (which is called Transfer function) and for some constant \(t\), the superfunction \(F\) could be defined with expression 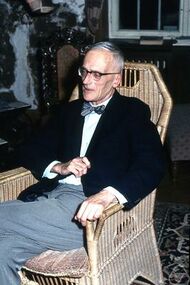 logos of Phys. and Math. depts of MSU 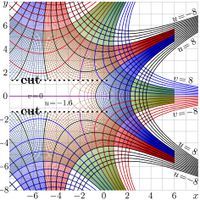 Analysis of superfunctions came from the application to the evaluation of fractional iterations of functions.

Superfunctions and their inverse functions (Abel functions) allow evaluation of not only minus-first power of a function (inverse function), but also any real and even complex iteration of the function.

Historically, the first function of such kind, iteration half of the exponential, id est, \(\sqrt{\exp}~\), is considered in 1950 by Hellmuth Kneser [2]. That time, no algorithm had been suggested for evaluation of this function.

Since 1960, function \(\sqrt{!~}~\) is accepted as logo of the Physics department of the Moscow State University, see the first picture of the figure at left.
Until year 2007, this symbol is believed to have no mathematical sense [3][4][5].

Mathematicians of the same University were not so arrogant and used the symbol of integral and the Moebius surface at their logo, see second picture of the figure at left.

That time, researchers did not have computational facilities for evaluation of such functions, but the \(\sqrt{\exp}\) was more lucky than the \(~\sqrt{!~}~~\); at least the existence of holomorphic function \(\varphi\) such that \(\varphi(\varphi(z))=\exp(z)\) has been declared [2]. Actually, for his proof, Kneser had constructed the superfunction of exp and corresponding Abel function \(\mathcal{X}\), satisfying the Abel equation \[\mathcal{X}(\exp(z))=\mathcal{X}(z)+1\] . The inverse function, id est \(F=\mathcal \chi^{-1}\) is an entire super-exponential, although it is not real at the real axis; it cannot be interpreted as tetration, because the condition \(F(0)=1\) cannot be realized for the entire super-exponential. The real \(\sqrt{\exp}\) can be constructed with the tetration (which is also a superexponential), and the real \(\sqrt{\rm Factorial}\) can be constructed with the SuperFactorial. The plots of \(\sqrt{\rm Factorial}~\) and \(\sqrt{\exp}~\) in the compex plane are shown in the right hand side figure.

The short version of the table of superfunctions is suggested in [8]. A little bit more extended table is avilable at TORI [9]. Some superfunctions can be expressed with elementary functions, they are used without to mention that they are superfunctions. For example, for the transfer function "++", which means unity increment, the superfunction is just addition of a constant.

The table of known superfunctions and the corresponding Abel functions (similar to that suggested in [8]) could be loaded in Mathematica in a manned similar to that the table of integrals is loaded. This would allow the correct implementation of Nest for the case of non–integer number of iterations. 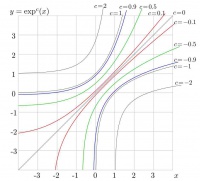 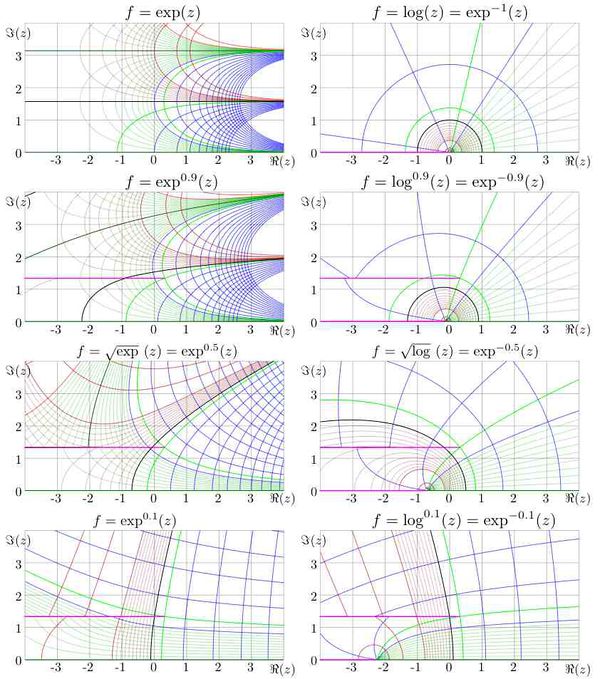 Similar example is suggested for a nonlinear optical fiber [7]. In particular, the Tania function can be evaluated using the Doya function and the regular iteration [12] at the fixed point \(0\), as \(\mathrm{Doya}_t(0)\!=\!0\). The same method can be applied also to other transfer functions, even if they cannot be easy represented through the special functions. This may refer, for example, to the experimentally–measured transfer function, that has no need to coincide with the Doya function.