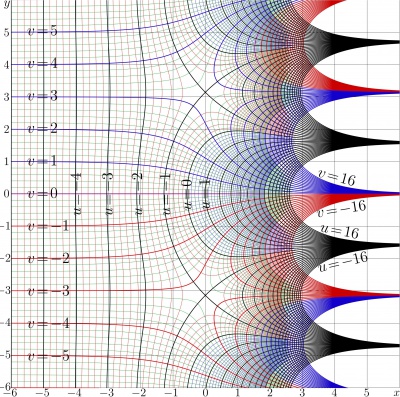 Trappmann function is defined with

From definition it follows, that it is entire elementary function. The Trappmann function is example of holomorphic function without fixed points, suggested in year 2011 by Henryk Trappmann [1]. The absence of fixed points had been considered as a serious obstacle at the building-up its superfunction, the Abel function and the non–integer iterates of function Tra.

According to the general statement by [2], it is possible to construct at least one superfunction for any holomorphic function. Therefore, the consideration of the Trappmann function as transfer function is important.

Complex map of the Trappmann function is shown at the top figure. The Seconf figure shows the map of its inverse function ArcTra, and the Third (last) figure shows the explicit plot \(y=\mathrm{Tra}(x)\) in comparison to various iterates of this function.

The name of function \(\mathrm{Tra}\) or \(\mathrm{tra}\) is chosen after the last name of Henryk Trappmann [1], because it begins with letter \(T\), often used to denote the Transfer function. The question, wether to capitalize the first letter in the name of the function or not, is still under investigation.

Name ArcTra is suggested for the inverse function, id est, the minus first iteration; \(\mathrm{ArcTra}=\mathrm{Tra}^{-1}\)

While, the capitalisation of the first character of the name of the function has no specific meaning, and there is no difference between \(\mathrm {Tra}\) and \(\mathrm {Tra}\). The reason to use the capitalisation is mainly technical, than mathematical: the names of all articles in mediawiki (TORI uses the mediawiki platform) are capitalised by default, while writing formulas, typing name with capital letter requires to press an additional key. In the similar way, in the Mathematica software, all the names of the implemented special functions begin with capital letter. In this sense, \(\mathrm{Tra}=\mathrm{tra}\). As for the super functions, the capitalisation (for example, \(\mathrm{SuTra}\)) is used to separate the prefix "Su" (that indicate, that this is superfunction) from the name of the transfer function. 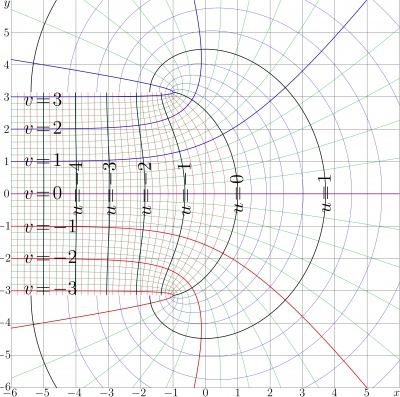 The complex map of the ArcTra function is shown in Figure 2. 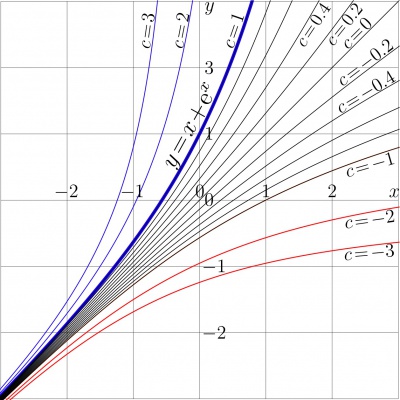 and the Abel function should satisfy the Abel equation

Search the solution for \(F\) in the following form:

where \(h\) is some holomorphic function. The reason for this representation is a hope, that the corresponding transfer equation for \(h\) will be simpler, than the initial transfer equation Form (4), function \(h\) can be expressed as follows:

Properties of function zex are already described, and SuZex is its superfunction, id est, \(h=\mathrm{SuZex}\) is solution of equation

Therefore, solution of the transfer equation (2) for \(T=\mathrm{Tra}\) is

and the corresponding Abel function \(G\) can be expressed with

The efficient algorithms for evaluation of SuZex and AuZex are already loaded; so, the evaluation of the superfunction and the Abel function for transfer function Tra by (1) should not cause any difficulties. With these functions, the non-integer iterates of the Trappmann function are evaluated to plot figure 1.

In 2013, the direct implementation for function SuTra is suggested [3] The numeric implementation is loaded as sutran.cin. The direct representation looks simpler, a little but faster and provide a little bit better precision due to reduction of the rounding errors at evaluation of exponential and logarithm of huge values.

This expression corresponds to the curve with \(c\!=\!-1\) in Figure 1. In general, the \(c\)th iteration can be expressed as usually,

The function without fixed point does not break the general concept; it seems, the non-integer iterates can be defined for any holomorphic transfer function.