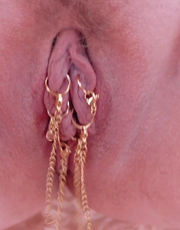 In Japanese, it is pronounced as "kane" or "kin".

Certain confusion of this character with other Unicode characters takes place:
At least 2 other Kanjis have similar meaning, pronunciation and the the drawing order, shown in Fig.3.

The PHP program gold.t below reveals the difference between these three characters,
as it may be difficult to type some of them with a conventional editing routine.
File uni.t should be also loaded for the execution of program gold.t.

File uni.t should be also uploaded to execute command

The graphical representation 金 of character X91D1 looks as overlapping of other unicode characters:

As usually, for such an overlapping, the components are slightly deformed and slightly displaced.

Even some software (including mediawiki) confuses characters X91D1 and XF90A. While this common bug is not corrected, in order to avoid confusions, it may have sense to use notations X2FA6, X91D1 and XF90A instead of ⾦, 金 and 金.

Similar confusion occurs with characters X2F25, X5973 and XF981, that denote woman.
In such a way, the confusions occurs around gold, money and women.

A little bit less confusive, but still similar to 金, is graphic representation 余 of character X4F59:
in this case, the diagonal bars at the bottom sides have other directions, and the bottom horizontal bar is absent.

In addition, expression (金) can be confused with graphical representation ㈮ of character X322E.