Logic is part of mathematics that deals with Boolean algebra. This algebra deals with logical variables.

Creation of logics is usually attributed to George Bool [1]; although some elements of it were formulated by ancient philosopher Aristotle [2].

Logical variables are often denoted with Latin characters; this is usual for any mathematics. Variables denoted with the same character are often considered as equivalent, whenever the character appear at the top or at the bottom of the screen while some mathematical text is displayed. However, sometimes, the range of definition of a character is limited, the character is assumed to be defined within some subsection, or some axiom, or within some theorem, and remain undefined outside. In this sense, the structure of mathematical texts is similar to the structure of some algorithmic languages, such as C++ or Fortran.

This section collects the axioms the logic is based on.

Logical variables may have value TRUE or FALSE. The operations and and inclusive or are allowed with these variables; if two expressions, say, a and b always have equal values, it is indicated with special symbol "=", which means equivalence; one writes a=b. With this symbol, the basic rules of logic can be written as follows: 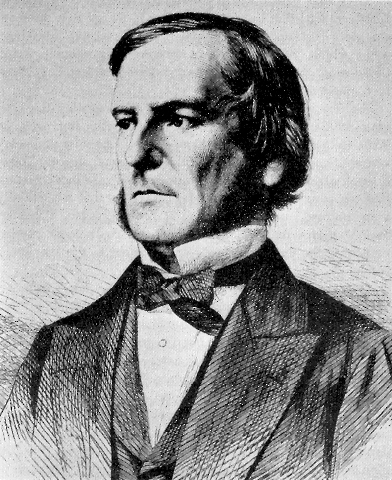 The grouping operations, id est, parenthesis, are used to specify order of application of these operations. The logical operations satisfy the simple rules:

which are called associativity, and

With these rules, the complicated logical constructions can be considered, simplified and used. Such rules are called "Boolean Algebra". They are widely used in the computation. Many other objects are constructed on the base of logical variables.

All objects considered in mathematics or treated mathematically are supposed to belong to some certain set. According to the definition of science, the deal with really ANY object from ANY set (id set, the to deal with the full set) is prohibited. Such a prohibition is not caused by the personal preference of some mathematicians or some caprice of the writer of this Dictionary. Such a prohibition follows from the pretty practical reason: consideration of objects from the whole set leads to the internal contradictions.

In such a way the set theory is so fundamental as the logic. Without logic, one cannot deal with sets, and without to define at least one set of logical variables, one cannot develop the logic.

Historically, in the educational process, the students (usually children) first learn some practical bases of arithmetic, and only then they begin to deal with logic and the sets (if at all, of course). The fundamental of the sets, as well as the fundamental of logic, look obvious and in many situations they can be used even without the axiomatic and rigorous deduction.

In mathematis, on the base of logical variables, more complicated objects are constructed. In particular, the natural numbers are used to characterize non-empty sets that contain more that one element.

The existence of some set with a single element is postulated. For arithmetics, the sets that have a single element are considered as "equivalent". Such class of equivalence is denoted with symbol 1. Then, one says, that a set has two elements, if after removing one element from this set, it contains just one element. One defines the class of equivalence that is is called "two" for all such sets. There is special character 2 for denoting of such equivalence. In the similar way, one defines "three" (and denotes it with character 3) and so on. In such a way, the natural numbers appear.

For natural numbers, the most of algebraic rules hold, instead of operation or, for natural numbers one uses character +, and instead of and one uses character -. The equivalence denoted with sign = is expected to have logical value, either TRUE or FALSE. In particular, after establishment of rules of operations with integer numbers, one knows that a value has expression 1+1=2 ; such an expression has value TRUE.

It was very fundamental discovery, that the same rules of counting can be applied to pretty different kinds of objects to characterize their amount. The human, who was first to discover and formulate this, was great mathematician. in order to deal with such a quantity, the natural numbers are used.

Based on logic, many new sets can be constructed; the most important of them seem to be the various classes of numbers. The part of mathematics, tat deals with them, is called arithmetics. For the numbers, many arithmetic tools, similar to the axioms of logic, hold.

Usually, the children learn the basics of arithmetics in school without proof; they remember that 2+2=4, but they do not know, why is it so and consider the statements of arithmetics as absolute true.

The logical variables and the logic as rules of operations with them stays at very beginning of any counting and any mathematics. Other objects in mathematics, and, in particular, various numbers are constructed using the logic. One may try to reduce the number of axioms necessary for the deduction of properties of new objects, but the axioms of logic seem to be unavoidable.

The content of this article had been appeared in the critical dictionary Vera [3]; some of the content may also overlap with articles at Wikipedia [4] and Citizendium [5].

http://www.ipod.org.uk/reality/reality_wigner.pdf Eugene Wigner. The Unreasonable Effectiveness of Mathematics in the Natural Sciences. Communications in Pure and Applied Mathematics, vol. 13, No. I (February 1960).

http://www.ils.uec.ac.jp/~dima/PAPERS/2010mestoe.htm Dmitrii Kouznetsov. Place of science in the human knowledge. (2010)