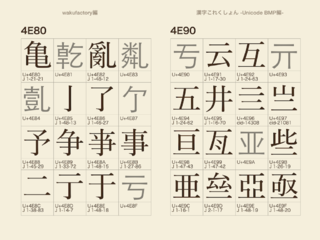 X4E86 and close characters in the Kanji table [1]

了 can be pronounced as "ryou" and refer to termination of something.

In order to avoid the confusion, some programming is necessary. Encoding of the four similar characters
ァ, X30A1 and
ア, X30A2 and
了, X4E86 and
了, XF9BA
can be revealed with program ud.t.
For the execution, file uni.t also should be loaded.
Then command

Not only humans, but also some software confuse characters 了 (KanjiLiberal) and 了 (KanjiConfudal), silently replace the last of them to the first. In particular, at the copypasting of the previous paragraph here, the KanjiConfudal 了 has been automatically substituted to KanjiLiberal 了 without any warning.

了 may refer to graduation, termination, copletion, understanding, finishing of something. [2]

Other pronunciations depend on semantics [2][3][4]:

On the base of dictionaries mentioned, it is difficult to suggest any efficient mechanism of relation between the sound and the narrow specific meaning; so, the interpretation is a custom rather than a scientific concept.

Pictures of ⼦ and 子 look as overlapping of 了 with horizontal bar, for example, ⼀ (X2F00).