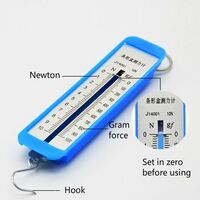 Manuals do not even mention this confusion [11]. The confusions may lead to errors, misunderstandings, wars. In order avoid the mistakes, some programming is necessary.

The Utf8 encoding of カ and similar characters can be revealed by program ud.t with command

File uni.t also should be loaded for the execution. Then, the output is

This confusion refers not only to the Human perception of the images.
The most of software confuses the last two, substituting 力 XF98A to 力 X529B without any warning message.
The Google search for ⼒ kanji suggests https://jisho.org/search/%23kanji%20怪 [12] that has nothing to do with character ⼒.

In cases of the confusion, character 力 can be supplied with its hexadecimal number X529B.

Term 力[3] is highly ambiguous: many physical quantities (force, energy, power, etc) are combined into a single character. This confusion is an addition to the similarity of the graphical representation of the four characters ⼒, カ, 力, 力.

力 perfectly matches the needs of an ignorant author, who does not know difference between the mathematical expectation and probability, between integral and logarithm, between Nibelungs and Fudoki, between virus and bacteria, between voltage and current, between force, energy, power and momentum, or does not know order of magnitude of quantities he or she is talking about: 10^12 or 10^18 (in the last case, term Trillion can be used to indicate the ignorance of the author).

For this reason, character 力 is not recommended in expressions of scientific concepts. Instead, the terms borrowed from English, written in Katakana or Romanji, can be used:

This is not a problem of a foreign language. Even a native Japanese speaker, looking at characters ⼒, カ, 力, 力, cannot guess, which of them is 力 (X2F12).

In some cases, the sound and meaning of character 力 can be revealed, guessed from the context.

Manuals of Japanese do not mention the confusion above, and do not suggest any way to handle it.
For this reason, the four characters above are not recommended for the use in meaningful (scientific) tests.