First, the tirp eas planned a week ahead as a paraglider lesson, but the weather forecast indicated the rain. Friday, Jine 15, the participants met and discussed it, and desided to go anyway, at least to walk at the Fuji. At least, the walk under the rain was planned. Saturday morning, some of participants made a plot to cancel the trip, with pretext of the rain. They were not successful, they just lost the opportunity to see the beautiful nature. The pics are loaded below.

At Fuji, the cars and motorbikes are prohibited outside the parking lots. Some oasis at the sandy slope are with flowers. It was rainy, I din not even try to unpack the glider. I took the rain–coat instead. At the South, the clouds looked darker, than at North; so, I walked North, trying to find a place without rain. 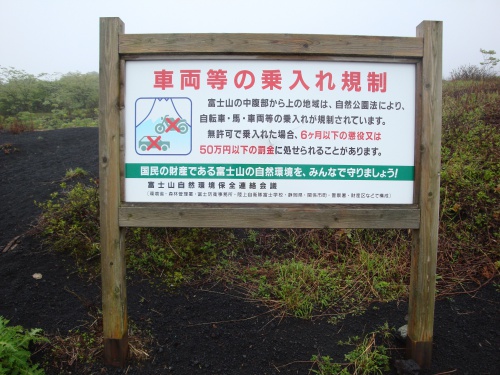 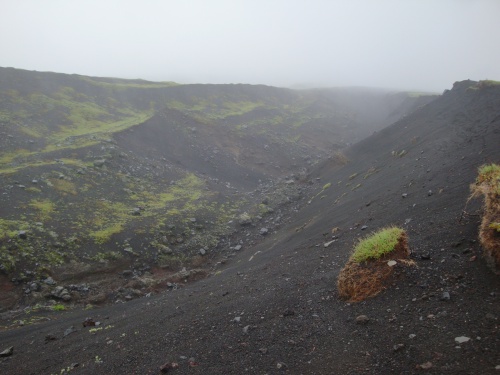 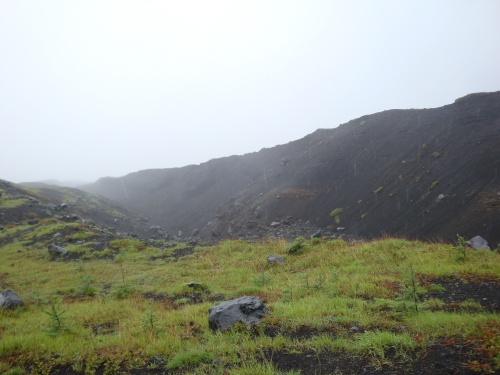 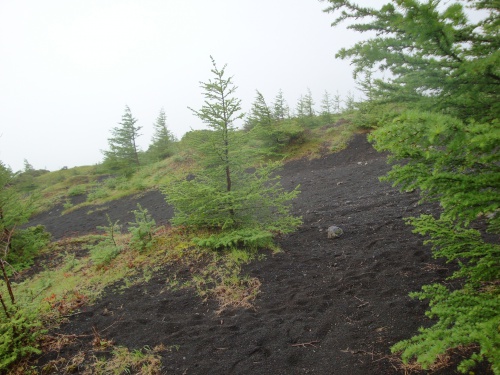 First, I followed the trail Gotenba–Zubashiri, but it was destroyed by the wide canyons, so, I lost the trail soon. I remembered, that Zubashiri is located higher than Gogome, so, I tried to get some altitude, keeping Fuji–san at the left. As I approached Ziubashiri, the grass come, then I reached the edge of the Aokigahara forrest. (Or Zubashiri Forrest). I did not know, weather I am above Zubahhiri or below, so, I continued North. 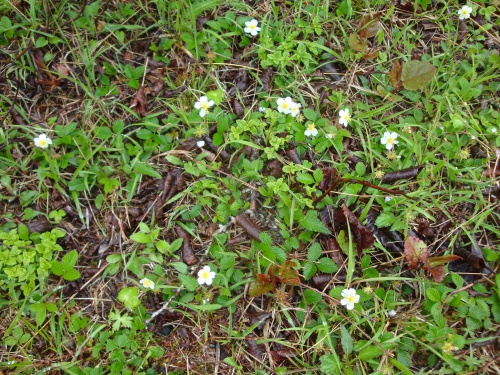 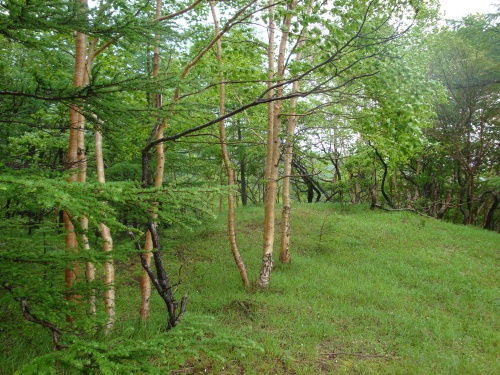 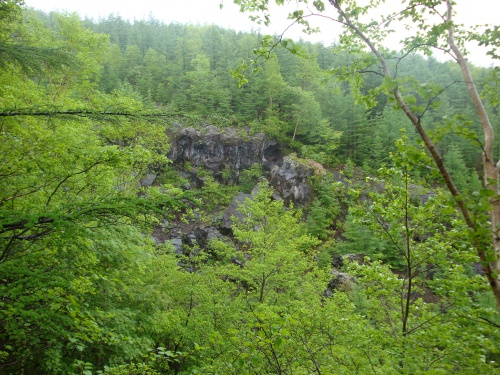 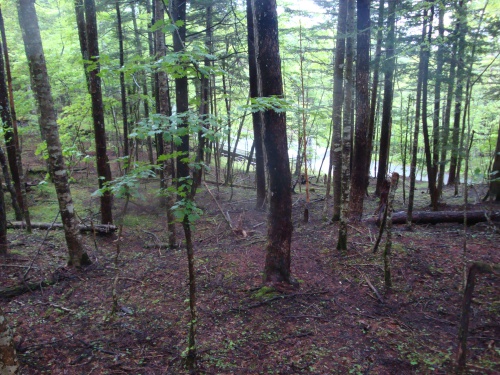 There were a lot of flowers of wild strawberry; it may have sense to visit the same place in August. Again, some canyons are difficult to cross; so, I followed the animal trails. I caught the Zubashiri Road (150), and realized, that I am still below Zubashiri; so I continued up by the road 150. I tried to cut some of curves of the road through the forrest, and again saw many frlowers. When I reached Zubashiri, the Barwoman invited me to get some relax at her restaurant. I try to follow the "Civilized style"; so, I asked her to cook something for me. While drying my cloth, I played with GPS, in order to have no problem searching for Zubashiri and Gogome while walking in the deep clouds. Then I put on the cloth and walked to Gogome. First, I walked even more up, to leave the most of canyons below. The rain stopped, the clouds moved down, the visibility improved and I saw Zubashiri behind. 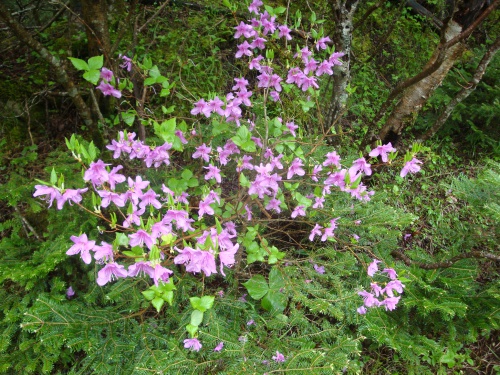 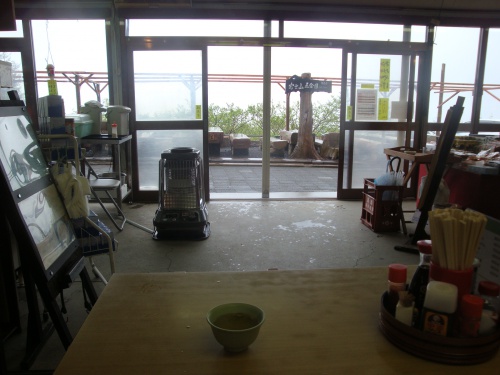 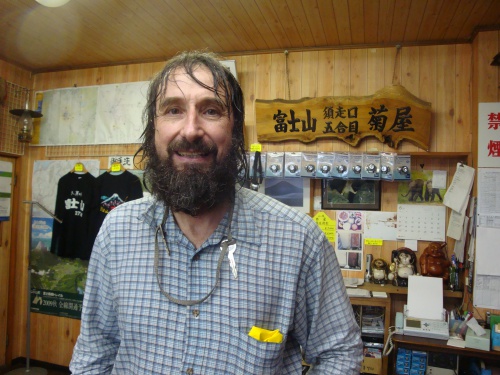 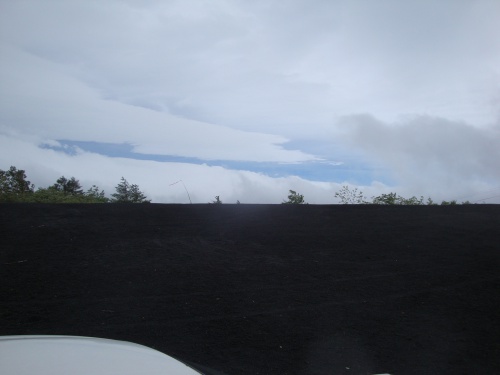 The GPS helped me to find the car. Already, there was no rain, but strong wind. I though, that I make the picture of a blue sky, but now I think, at the picture, the blue stuff is just forest seen between clouds.