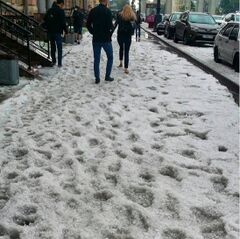 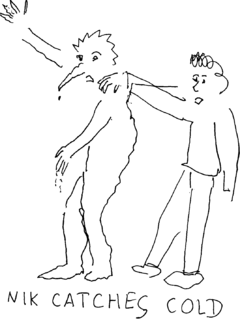 Global warming (Глобальное потепление) is concept stating that the mean temperature of the surface of the Earth rises, and the government should assign huge grants to the organisations that declare the struggle against this rise as their main goal.

At the same time, reports about cold weather and unexpected snow in worm region appear. [3].

The comparison leads to the conclusion, that the global warming is rather fraud than a scientific concept.

2019, Ethan Huff indicates that NASA admits that climate change occurs because of changes in Earth’s solar orbit, and NOT because of SUVs and fossil fuels. [4]

http://www.talarforum.se/nicholas.stern Nicholas Stern. Author of the Stern Review. Economic impact of climate change. In his speeches Lord Stern outlines building an economic climate that facilitates investment and growth, and empowering companies and individuals to participate in that growth. He also examines in depth the far reaching economic implications of climate change and offers organisations his valuable insights into the short and long term effects of global warming on the business world. (2014)

2006.11.30. http://en.wikipedia.org/wiki/Stern_Review The Stern Review on the Economics of Climate Change is a 700-page report released for the British government on 30 October 2006 by economist Nicholas Stern, chair of the Grantham Research Institute on Climate Change and the Environment at the London School of Economics and also chair of the Centre for Climate Change Economics and Policy (CCCEP) at Leeds University and LSE. The report discusses the effect of global warming on the world economy.

2014.03.02. http://notrickszone.com/2014/05/02/spiegel-on-antaractic-sea-ice-never-before-has-there-been-so-much-ice-at-this-time-of-year-since-meaurements-began/ P Gosselin. Spiegel On Antaractic Sea Ice: “Never Before Has There Been So Much Ice At This Time Of Year Since Measurements Began”! 2. Mai 2014,

http://politi.co/1cXLpKa ANDREW RESTUCCIA. Report: Prepare for climate tipping points. | 12/4/13 5:06 AM EST Carbon dioxide emissions from the energy sector will rise 20 percent by 2035 despite moves in the U.S., Europe, China, Japan and elsewhere to reduce emissions, according to the IEA’s 2013 World Energy Outlook. “This leaves the world on a trajectory consistent with a long-term average temperature increase of 3.6 C, far above the internationally agreed 2 C target,” the outlook said.

2018.11.oo. https://www.ted.com/talks/greta_thunberg_the_disarming_case_to_act_right_now_on_climate In this passionate call to action, 16-year-old climate activist Greta Thunberg explains why, in August 2018, she walked out of school and organized a strike to raise awareness of global warming, protesting outside the Swedish parliament and grabbing the world's attention. "The climate crisis has already been solved. We already have all the facts and solutions," Thunberg says. "All we have to do is to wake up and change." This talk was presented to a local audience at TEDxStockholm, an independent event. TED's editors chose to feature it for you. ABOUT THE SPEAKER. Greta Thunberg · Climate activist Greta Thunberg is a Swedish climate activist.