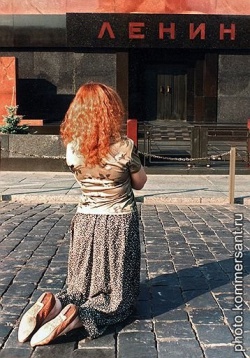 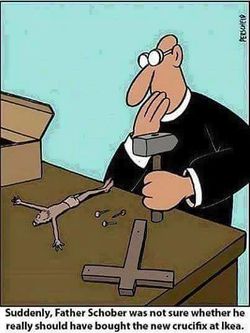 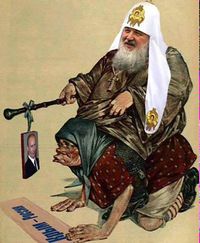 Religion (Религия) is kind of the human activity and knowledge based on some (specific for each religion) set of irrefutable concepts, believes, texts, symbols and performances [1].

Usually, any religion is characterized in the most of following:

R1. The existence of at least one God is presumed.
R2. There exist canonical sacred text, that allow the humans to guess the will of God(s) and follow it.
R3. God likes some actions of human, these actions are called Good.
R4. God dislikes some actions of human, these actions are called Evil.
R5. The suggested set of concepts pretends to play an organizing role in the society: The following to namely this religion provides abilities for the kindness, prudence and wisdom significantly wider, than any other religions.

It TORI, the term God denotes any intelligent subject that in some way (that is not available for humans) has abilities that greatly exceed those of a human. Actions related to these abilities are called marvels. God may look like a human (Jesus Christ, Buddha, Lenin), but also can be "non-material" (God - Holy Spirit, World Revolution, communism). God may be omnipotent (almighty), invincible, immortal and predicts future:
The Marxist doctrine is omnipotent because it is true. [2]
Long live invincible marxism-leninism-mao tsetung tonight. [3]
Lenin lived, Lenin lives, and Lenin will live. [4]
The generation of those who are now fifteen will see a communist society, and will itself build this society. [5]
The immortal beacon of Comrade Stalin will forever illuminate the path on which the Chinese people march forward.[6]
And he said unto Abram, Know of a surety that thy seed shall be a stranger in a land that is not theirs, and shall serve them; and they shall afflict them four hundred years. [7]

Uniqueness of "true" in each relifion 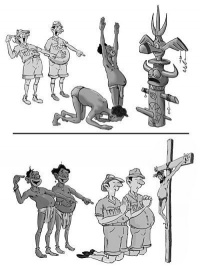 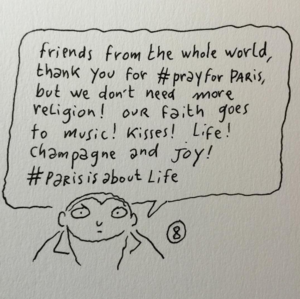 World religions, each in their own way, offer a unique set of moral values and rules to guide human beings in their relationship with the environment, sometimes replacing the previously established morals, for the sake of a new God, or a new fetish; for example, for the sake of the obedience to the moral dictates of patriotism. [10][11].

This set may justify the performances, that result the death of some of participants (see the figure at right). Often, such rules are presumed to be truth without limits and alternatives:

.. he who chooses a religion other than islam, it will not be accepted from him, and in the everlasting life he will be among the losers.[13].

Some religions do not identify themselves as religions, pretending to be sciences [14][15].

The adepts consider their own belief as the only true concept, deny the dogmatic character of their believes [16]

and treat any deviant behavior as crime, heresy and mental illness; the wrong-believers are punished or undergo the forced medical treatment [17][18][19][20][21].

Most of religions avoid any refutable concepts. The concept is called refutable, if (and only if) in terms if this concept, some specific observation can be described that negates the concept. For example, the statement The Party officially declares: The current generation of the soviet people will live in communism! [22]

is refutable: based of such a declaration, the next generation may shame the soviet veterans as liars and impostors. Within few generations after creation of a new religion, it abandons and forgets all its refutable concepts and becomes more stable. Here are the examples of irrefutable concepts: Communism is happy future of all the humanity, or God blesses America, or Imperialism is evil, or God gives the immortal soul to everyone, or The righteous will be at Heaven.

The canonic texts describe the marvels, miracles that are specific for each religion. The marl may refer to the magic conversion of water into vine, to the drastic increase of the efficiency of the production by the inspiration of the Fuhrer, catching of the spies by children, destruction of an army of the enemy tanks by few heroic soldiers launching grenades, etc.

The definition in the beginning of the section does not specify features R1-R5 as necessary; so, many kinds of knowledge falls into the definition of religion. In particular, it includes the shintoism and the civil religions [23][24][25][26][27], although these religions do not pretend to be the "only true" knowledge and Gods in these religions are not omnipotent.

Religions form significant part of the human knowledge and play important role in the human history. Non–religious societies ended with massacres and elaboration of new religions, pretty aggressive to any other kind of knowledge. While a religion is tolerant with respect to other kinds of knowledge (and in particular, to other religions), it may assist the prosper development of the society. No one religion can substitute other kinds of knowledge, end even other religions, as one specific science cannot substitute all other sciences. The society, where any religion dominates in an aggressive way, becomes barbarian compared to other countries within few generations; the people of such a society loss the ability to analyze the information.

The definition and interptetation of term Religion in TORI is formulated to simplify scientific concepts. It slightly differs from the definitions [28][29][30][31], used in other wikis; some of them do not qualify religion as kind of knowledge. In particular, the the definition of religion through believe looks tautologic; better to define the believe through "religion".

The Jehovah's whiteness suggest the following definition of religion: "A form of worship. It includes a system of religious attitudes, beliefs, and practices; these may be personal, or they may be advocated by an organization." [32]. 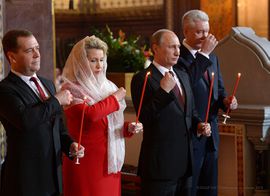 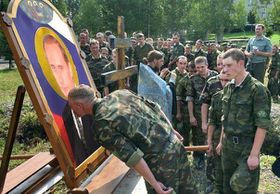 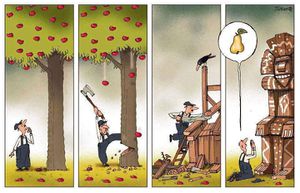 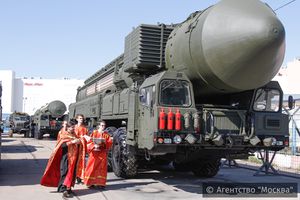 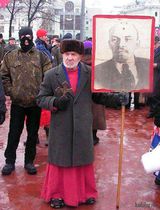 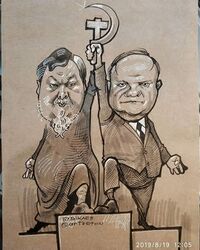 Russian version of this article: Религия