Difference between revisions of "Katyn-1" 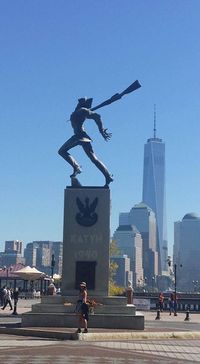 Name Katyn-1 is chosen to distinguish that case from Katyn-2, crash of the Polish presidential airplane Tu-154M, board number 101, that happened 2010 April 10 in at Smolensk. In both cases, Katyn-1 and Katyn-2, the Soviet veterans deny, that the mass murder was organized by the KGB agents.

Ivan Serov (Серов Иван Александрович) is mentioned as one of organisers of the mass murder denoted with identifier Katyn-1. [1]

10. On 23 August 1939 the Foreign Ministers of the Nazi Germany and the Soviet Union signed a non-aggression treaty (known as the Molotov‑Ribbentrop Pact) which included an additional secret protocol whereby the parties agreed to settle the map of their “spheres of interests” in the event of a future “territorial and political rearrangement” of the then independent countries of Central and Eastern Europe, including Poland. According to the protocol, the eastern part of Polish territory was “to fall to” the Soviet Union.

11. On 1 September 1939 Germany invaded Poland, starting the Second World War. On 17 September 1939 the Soviet Red Army marched into Polish territory, allegedly acting to protect the Ukrainians and Belarusians living in the eastern part of Poland because the Polish State had collapsed under the German attack and could no longer guarantee the security of its own citizens. The Polish Army did not offer any military resistance. The USSR annexed the territory newly under its control and in November 1939 declared that the 13.5 million Polish citizens who lived there were henceforth Soviet citizens.

12. In the wake of the Red Army’s advance around 250,000 Polish soldiers, border guards, police officers, prison guards, State officials and other functionaries were detained. After they had been disarmed, about half of them were set free; the others were sent to special prison camps established by the NKVD (People’s Commissariat for Internal Affairs, the predecessor of the KGB) in Kozelsk, Ostashkov and Starobelsk. On 9 October 1939 it was decided that the Polish officer corps should be billeted at the camps in Kozelsk and Starobelsk and the remaining functionaries, including the police officers and prison guards, in Ostashkov.

13. In early March 1940 Mr Lavrentiy Beria, head of the NKVD, submitted to Joseph Stalin, Secretary General of the USSR Communist Party, a proposal to approve the shooting of Polish prisoners of war on the grounds that they were all “enemies of the Soviet authorities and full of hatred towards the Soviet system”. The proposal specified that the prisoner-of-war camps held 14,736 former Polish officers, officials, landowners, police officers, gendarmes, prison guards, settlers and intelligence officers, and that the prisons in the western regions of Ukraine and Belarus accommodated a further 18,632 former Polish citizens who had been arrested.

14. On 5 March 1940 the Politburo of the Central Committee of the USSR Communist Party, the highest governing body of the Soviet Union, took the decision to consider “using a special procedure” and employing “capital punishment – shooting” in the case of 14,700 former Polish officers held in the prisoner-of-war (POW) camps, as well as 11,000 members of various counter-revolutionary and espionage organisations, former landowners, industrialists, officials and refugees held in the prisons of western Ukraine and Belarus. The cases were to be examined “without summoning the detainees and without bringing any charges, with no statement concluding the investigation and no bill of indictment”. Examination was delegated to a three-person panel (“troika”) composed of NKVD officials, which operated on the basis of lists of detainees compiled by the regional branches of the NKVD. The decision on the execution of the Polish prisoners was signed by all the members of the Politburo, including Stalin, Voroshilov, Mikoyan, Molotov, Kalinin and Kaganovich.

15. The killings took place in April and May 1940. Prisoners from the Kozelsk camp were killed at a site near Smolensk, known as the Katyn Forest; those from the Starobelsk camp were shot in the Kharkov NKVD prison and their bodies were buried near the village of Pyatikhatki; the police officers from Ostashkov were killed in the Kalinin (now Tver) NKVD prison and buried in Mednoye. The circumstances of the execution of the prisoners from the prisons in western Ukraine and Belarus have remained unknown to date.

16. The precise numbers of murdered prisoners were given in a note which Mr Shelepin, Chairman of the State Security Committee (KGB), wrote on 3 March 1959 to Nikita Khrushchev, Secretary General of the USSR Communist Party: “All in all, on the basis of decisions of the Soviet NKVD’s special troika, a total of 21,857 persons were shot, 4,421 of them in Katyn Forest (Smolenskiy district), 3,820 in the Starobelsk camp near Kharkov, 6,311 in the Ostashkov camp (Kalininskiy district) and 7,305 in other camps and prisons in western Ukraine and Belarus”.