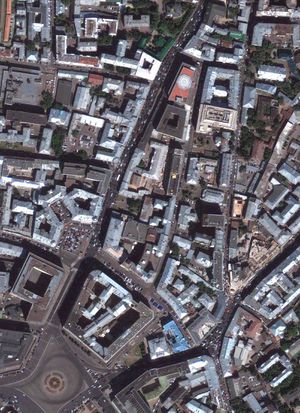 Aerial view of Lubianka, the main office of KGB 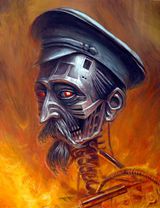 Iron Feliks as symbol of KGB

KGB (КГБ, FSB, GRU, RPC, SVR, ФСБ) is Russian and Soviet secret police that hide their crimes with the pretext of security of the state.

KGB had been created in 1918 by Vladimir Lenin and Felix Dzerdjinsky as instrument of mass terror agains the people of Russia and neighbour countries.

KGB often changes its official name. For the beginning of century 21, the following branches of KGB are known: FSB, GRU, RPC, SVR.

KGB used to rule the ideology and politics in the [USSR]] eliminating critics of sovietism. The amount of KGB's victims is comparable to the total population of Russia; during the USSR, the agents of KGB kill of order of \(10^8\) people.

For the end of century 20 – beginning of Century 21, the demographic resources of Russia happened to be exhausted, so, the KGBists had to change their pollicy. In addition in centiry 21, KGB feels the strong resistance of the society; often the KGB agents are considered as just terrorists, crimers, who protect corruptioners and destroy the country. In particular, the KGB agent Vladimir Putin, who got the superior power in Russia in 2000 and constucted the pahanat, is considered as top corruptioner and the destructor of the country.

2017.03.20, The Guardian indicates that the Britain’s high street banks processed nearly dollaR740m from a vast money-laundering operation run by Russian criminals with links to the Russian government and the KGB [1]

After the USSR, and, especially, since century 21, KGB is divided to several organizations with similar profile of activity (propaganda, censorship, terror, money laundering, etc.).

The most known are

In addition, the similar activity (terror) seems to be performed by

and other CVK (ЧВК), id set, well organized terroristic groups, supported at the highest level of the Russian administration. Some examples of their activity are collected in article Designate Russia as state sponsor of terrorism.

None of the five above рецогнизе, admit the criminal and anti-Russian character of their activity.

During the USSR, except the terroristic activity, the important (and, perhaps, the main) job of KGB gradually shift from the mass terror (Red terror) to hiding of information about those crimes. With racket and chantage, the KGB agents force the personals of the editorials to perform hard censorship, allowing the publishing only those authors and texts, that support sovietism.

Authors, artists, who show any deviation of sovietism, are qualified as antisoviet and punished, killed. One of ways of distribution of information about Russian history and current events in the USSR is reproducing of texts with touchtypers. Sich a distribution is called Samizdat. KGB agents use to hunt after the samizdat authors, samizdat distributors, samizdat texts and samizdat readers.

Since century 21, with distribution of internet and Unicode (rtf-8), the KGB agents shift to spy after the internet users and the social networks.

Sometimes the KGB agents are caught. [3].

The main goal of the KGB spies seem to be the money laundering. Publications about destruction of science in Russia and total corruption at the top level of the Russian administration indicate, that the KGB agents may steal significant part of the Russian budget.

As the Russian administration is interested in terroristic activity in civilised countries, one may expect, that at least part of the money, stolen by the Russian KGBists, is spend to sponsor the terrorists. Some links in favour of this hypothesis are collected in article Designate Russia as state sponsor of terrorism.

Following traditions of nazizm, since the USSR, the KGB agents distribute and support the antisemitic idea and terroristic activity. [4] 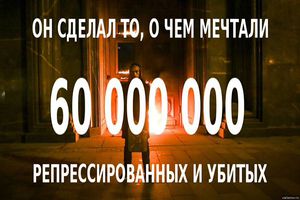 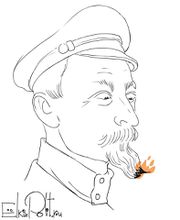 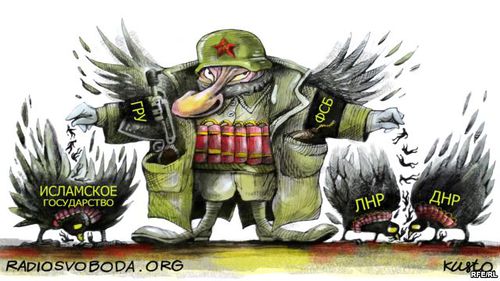 2015.01.23. http://www.telegraph.co.uk/news/uknews/law-and-order/11365730/Litvinenko-inquiry-the-proof-Russia-was-involved-in-dissidents-murder.html Claire Newell, Lyndsey Telford, and Edward Malnick. Litvinenko inquiry: the proof Russia was involved in dissident's murder. 10:00PM GMT 23 Jan 2015. .. British prosecutors want two men, Andrei Lugovoy and Dimitri Kovtun, both of whom are former KGB bodyguards, to face murder charges over the murder. Mr Lugovoy, now a Russian MP, and Mr Kovton, have always maintained their innocence and Moscow have said that they cannot be extradited under Russian law. An international warrant has been issued for their arrest if they ever leave Russia.

2015.02.27. http://www.newyorker.com/news/news-desk/assassination-in-moscow OSHUA YAFFA. Assassination in Moscow. FEBRUARY 27, 2015. Just after midnight on Friday, Boris Nemtsov, a fifty-five-year-old Russian opposition politician, was gunned down as he walked across a bridge just outside the Kremlin walls.