The article is copypasted for the case if the original becomes unavailable.

Such a practice is described in articles Orwell1984, Censorship, Roskomnadzor, KGB. The Soviet veterans try to destroy the historical documents in order to hide the evidences of their crimes.

7 November marked the centennial of the October Revolution—an event that, whatever you think of it, has done much to define the entire twentieth century. And of course, the main figure in these epoch-making events was Vladimir Ilich Lenin. We have attempted to “interview” the Bolshevik leader so that he might explain how he related to the tasks of revolution, politics, morality, and other questions that are important to us all.

The “answers” are all taken with minimal editorial emendation from Vladimir Lenin’s Complete Collection of Works, as well as from Georgii Solomon’s collection of memoirs Among the Red Leaders and Yury Annenkov’s Diary of My Encounters. 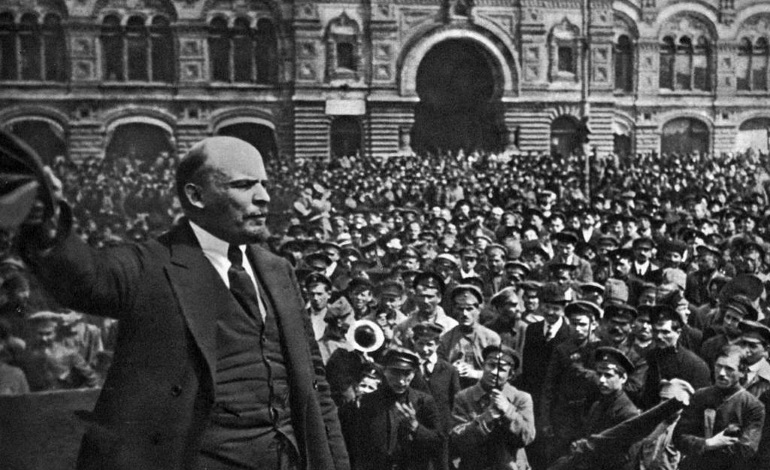 – Mr. Lenin, today as we celebrate the centenary of the October uprising, one of the most important events of the past century, we would be interested to hear directly from you: what was the main goal that you set for yourselves?

– But haven’t already paid a high price—and don’t we continue to pay one now—for this social experiment?

– You can’t make a revolution wearing white gloves. Until there is no violence against the masses, there is no other pathway to power. One must promote the energy and mass-character of terror. Mass searches. Execution for holding weapons. Merciless terror against kulaks, priests, and the White Army. You must lock up suspicious characters in concentration camps. You must execute conspirators and anyone who wavers, asking no questions and allowing for no idiotic red tape. You need to make the people see what you’re doing and tremble for hundreds of kilometers around. Let 90% of the Russian people perish if it allows just 10% to live to see a worldwide revolution.

The revolutionary who pauses before the sanctity of the law in the moment of heated battle is no good. If the law obstructs the progress of the revolution, it should be overturned or amended. All means are good in the fight for power.

– Is this really so? Morality, humanism, respect for humanity—in a word, all the moral values that are set forth in the Ten Commandments—really aren’t among your priorities?

Any religious idea of a deity, or any flirting with a deity, is the most inexpressible nastiness—a most dangerous nastiness and deeply vile infection. The deepest source for religious prejudice is poverty and ignorance, and this is an evil we should fight against. But at that same time, every person should be entirely free to believe any religion they want or to not believe any religion at all—i.e., to be an atheist, as most socialists are. It is entirely impermissible for there to be differences in the rights of citizens on the basis of their religious beliefs.

But electricity will replace God for the peasant. Let the peasant pray to electricity; he will feel the power of the central authority better, instead of heaven.

– What advice would you give to government representatives in order to rule their countries effectively?

– The power of the central institution should be based upon moral and intellectual authority. One must know how to work with the human material that one has at hand. We won’t get other people. Don’t be afraid to admit your mistakes and don’t be afraid of the repeated, ongoing labor of fixing them—and you will end up at the very top. A smart person is not someone who never makes mistakes. There is no one like this, and there cannot be. A smart person is someone whose mistakes aren’t at a fundamental level and who can correct them easily and quickly.

When analyzing the mistakes of yesterday, we thereby learn to avoid mistakes today and tomorrow. We will learn how to be victorious only when we have stopped being afraid to admit our defeats and deficiencies, when we will look truth, even the saddest truth, squarely in the face.

And a defeat isn’t as dangerous as the fear of admitting one’s defeat. One cannot toss fine words into the wind. Less political jabbering. Less intellectual debate. Get closer to real life!

– You’ve said more than once that Chernyshevsky’s novel What is To Be Done? “completely overturned” you. Meanwhile, the protagonist in another of his novels says of the Russian people: “A pathetic nation of slaves, from top to bottom, they are all slaves…” What do you think about this?

– No one is at fault for being born a slave. But a slave who doesn’t just shy away from striving for freedom but justifies and varnishes their own slavery (for instance, when one calls the stifling of Poland, Ukraine, and so forth “defending the fatherland” of the Russians), this slave is a toady and heel who provokes a legitimate feeling of resentment, disdain, and abhorrence.

– Your style of speech and oratory cannot be confused with anyone else’s. What do you think of the Russian language today?

– We are ruining the Russian language. We use foreign words without any need to do so. And we use them incorrectly. Why say ‘defects’ when we can say nedochety (defects), or nedostatki (insufficiencies), or probely (gaps)?

– Based on your numerous declarations, both oral and in print, you don’t have a high opinion of people in general…

– The human mind has discovered many outlandish things in nature and will discover even more, thereby increasing our control over it. But people have always been, and will always be, stupid victims of deceit and self-deception in politics until they learn to search out class interests behind any moral, religious, political, or social slogans, declarations, or promises.

Rich people and conmen are two sides of the same coin, the two main classes of parasites nourished by capitalism, the main enemies of socialism—and these enemies must be placed under extra surveillance by the entire population. They must be treated mercilessly in the event of the slightest infraction against the rules and laws of socialist society.

– People often say that you would think and work around the clock in the name of the main goal of your life: Revolution. But haven’t you ever had the desire to get away somehow—to go to the theater or the museum, or to listen to music, for instance, your beloved Beethoven?

– I don’t know anything better than the “Apassionata.” I could listen to it every day. Stunning, superhuman music… But I can’t listen to music often—it acts on the nerves, and you want to say sweet nothings and pat people on the head… But today you can’t pat anyone on the head—they’ll bite your hand off. You need to beat them on the head, beat them mercilessly!

I take the liberty of declaring myself a “barbarian.” I don’t have the strength to consider the works of expressionism, futurism, cubism, or any other “-ism” a great manifestation of artistic genius. I don’t understand them. I don’t experience any joy on their account. 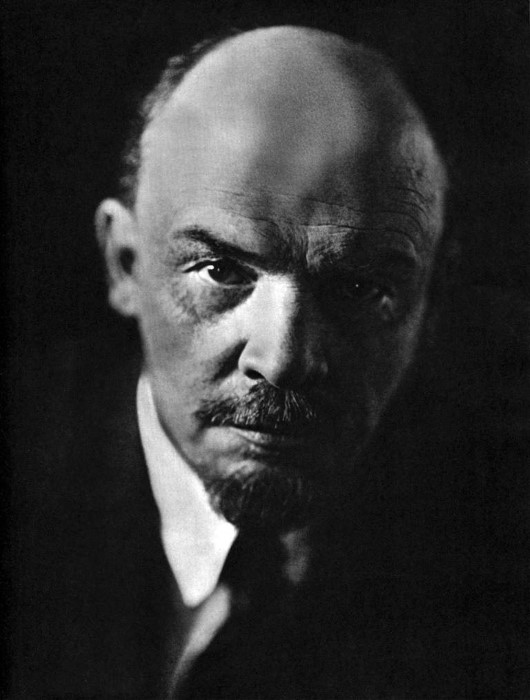 I’m not much for the arts. To me art is…something like an intellectual cecum, and once its necessary propagandistic role has been played, we will—clip, clip!—excise it. As something unnecessary. Incidentally, you should talk to Lunacharsky about this: he’s the real specialist. He even has some ideas about it… But I advise you to lay all the theaters to rest. The People’s Commissariat of Enlightenment shouldn’t be concerned with the theater, but with literacy instead.

And as you likely know, I don’t indulge much sympathy for the intelligentsia, and our slogan “liquidate illiteracy” certainly shouldn’t be understood as an effort to create a new intelligentsia.

We should “liquidate illiteracy” only so that every peasant and worker can independently—without anyone else’s aid—read our decrees, orders, and proclamations. This goal is entirely practical. And that’s all.

– You have a point that more than half of the country’s population was illiterate in 1917. How did you intend to fix the situation?

– You can consider yourself a communist only after you have enriched your memory with a knowledge of all those riches that humanity has earned. Laborers strive for knowledge because they need it for victory. Therefore, we should place the public teacher at a height that this person has never occupied before, doesn’t occupy now, and will never occupy in bourgeois society. And we advance broad popular instruction and education to a place of primacy. This creates soil for culture.

– A certain famous Russian literary figure said the following about the consequences of the Russian Revolution and the events that followed: “Russia existed, there was a great house weighed down with all kinds of things… built by the blessed labors of many, many generations and illuminated by memories of the past and everything that is called cult and culture.” How would you comment on these words?

– It’s not about Russia. Dear sirs, I couldn’t care less. This is just a stage that we are passing through on the way to worldwide revolution!