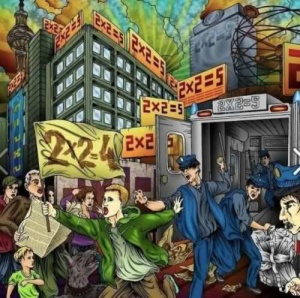 Demagogy ( демагогия ) – styles of pseudo–scientific deduction and discussion that use emotions rather than logic in support of the thesis promoted. At the dictatorship, those who protest against demagogy of the government are suppressed.

Often the demagogy uses the double standards (dialectics) when the same logical variable has different values in different parts of the same concept.

Demagogy was widely used in century 20 for the support of the dialectic materialism and other postulates of bolshevism.

In the primitive form, demagogy uses also the logical jumps; in the simplest cases, it is possible to indicate the place of such a jump. The arithmetical example of such a hump is suggested a the utube movie "2x2=5" [2] .