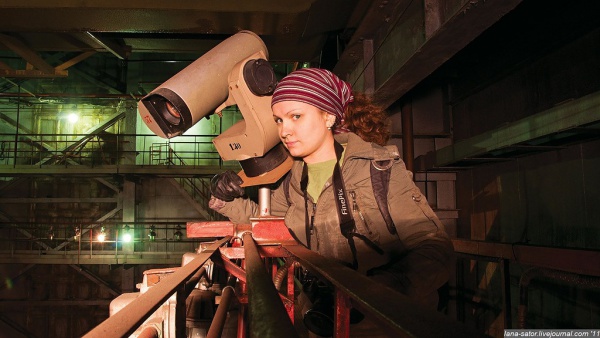 Lana Sator (Лана Сатор) is Russian researcher who collects photos of abandoned or poorly secured technical objects in Russia and other products of decay of the USSR. Photos by Sator appear in the live journal [1]. The descriptions are oriented to the Russian readers and are in Russian.

The photos by Sator are believed to help to fight against corruption in Russia; Sator accepts donations from patriots who want to support the revealing of cases of the poor or criminal management of the equipment.

Sator does not hide her activity, consider it as legal and shares the information about the poorly managed objects with the Russian governmental organizations. In some cases, the Russian officials, instead of to thank Sator for information about of cases of poor (or criminal) handling of the equipment, upset for revealing of the shame facts they would like to hide. Some of results by Sator are widely cited [2][3][4].

Lana participates in the contest for the best blog [5].