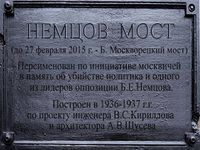 The apparent sabotage of the official investigation of the murder of Nemtsov leaves the only scientific concept about the murderer: Putin killed Nemtsov. No other person could block the traffic at the entry to the Nemtsov bridge just before the murder, block the vigilance of the bridge, block the KGBists who were spying after Nemtsov, robe the records of the Kremlin's videocameras of monitoring, and, en fin, order the investigators not to analyse the observations mentioned. The murder and the apparent sabotage of the investigation caused protests. The protesters call the place of murder Немцов мост, id est, Nemtsov bridge.

From time to time, the pro–Putin terrorists attack the volunteers at the Nemtsov bridge and vandalise the memorial of Nemtsov. After each of these attacks, the memorial is recovered again. [4]

Since the birder, Lena Hades keeps, as she calls it, the Art marathon, adding new drawings and paintings of Boris Nemtsov to the memorial. She tries to sell her works, but most of pictures she makes are just vandalised, plundered, robbed by the group of support of the killers. [5]. 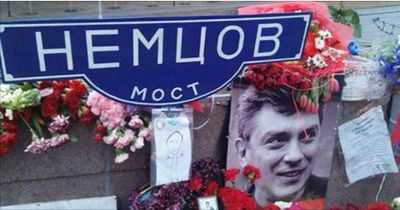 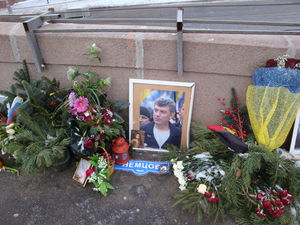 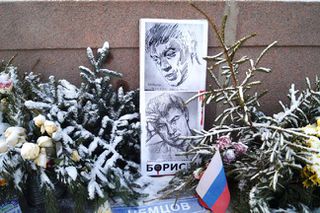 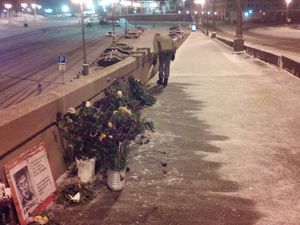