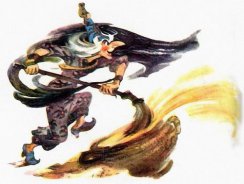 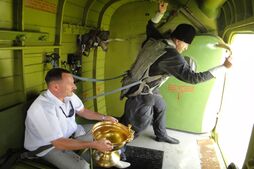 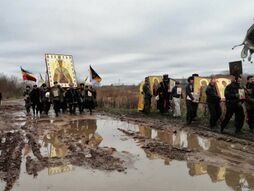 satanists repair the road with magic [3] 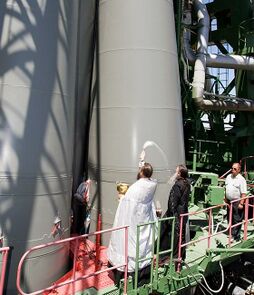 Pope repairs the rocket with magic [4]

Magic (Magia, Колдовство) is claim, pretension on use of phenomena, that cannot be analyzed with scientific methods, in practical activity.

Magic is typical element of the Fairy tales and other folklor.

Any pray, that suggests Gods to do job, that can be performed by a human or by a robot, can be qualified as Magic.

The two interpretations of magic

1. Religious believe, that the magic methods are efficient.

2. Money laundering, some equivalent of washing of optical axes with ethanol.

Often the persons, who perform magic, insist, that their magic leads to good, not to evel. The goodness or badness of intents of the vizards, pops, can be estimated by the results of their pray.

The popular phenomenon of magic is use of drumstick (or even a vacuum-cleaner) as an aircraft. 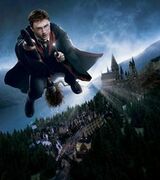 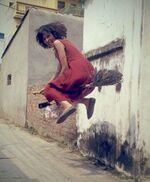 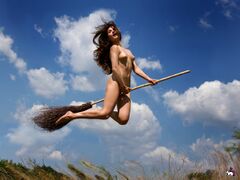 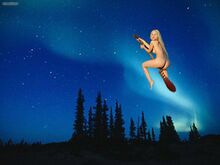 In some cases, the church and the priests help to fulfil a request, formulated in prayer, in some magic way. In this section, one leyend is suggested. The legend below suggested as illustration.

One Pope had a Cat. Once upon a day, Cat was hunting a little Bird. The Bird sat on a tall slender birch, and Cat climbed onto this birch. The Bird jumped from branch to branch, rising higher, but Cat followed. When they were close to the top, the Bird flew away, and the Cat began to meow loudly and disgustingly. Pop tried to climb a birch using a ladder, but the ladder was short, and Pop was thick. Then Pop tied a rope to the birch, and began to pull the other end of the rope to his jeep. En fin, the rope broke. The birch worked like a catapult, and Cat was launched away.

One Child wanted a cat. Child prayed, that God provides any cat. At that moment there was a whistle and a thump. The Cat flew right through the open window onto the sofa. Cat was offended by the little bird and fat Pope. So, the Cat did not return to the birch, nor to pope, and the wish of the Child had been fulfilled by a magic way.

Tale of the Troika

Idea of use effects, that contradict basic laws of physics, is used as subject of humor in the sci-fi novel Tale of the Troika [5] (Сказка о Тройке, 1968) by Russian writers Boris and Arkady Strugatsky. The "Troika on the Rationalization and Utilization of Unexplained Phenomena" is described. However, the same idea is used also for the money laundering at the space research centers and other secret organizations even in century 21.