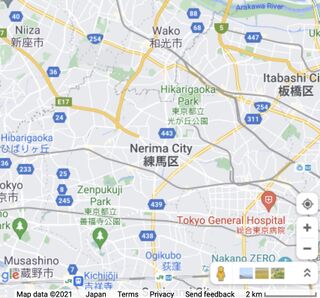 Neri is set of the following Unicode characters:

Also, term Neri may refer to each of characters mentioned above and/or
their writing with Hiragana, ねる or ねり, and/or
their pronunciation and/or their meaning.

There are 3 similar characters and 4 similar pictures at the top figure.
In principle, one could make the bijection between the three characters and some three of the four pictures.

At the doubts, the correct specification of the character is

Such a construction is long and difficult to use.
Notation Neri is defined above, as short substitute of this long construction.

Some software also confuse these characters.
Silently, without any warning, character XF996 練 or XFA57 練, may be automatically substituted, replaced to X7DF4 練.
In particular, at the default setting of mediawiki, it is not possible to load separate articles for with names corresponding to all the three Neru:
An attempt to access an article named 練 (XF996) or 練 (XFA57) automatically redirect to article 練 (X7DF4).
This may cause the need to access the kanjis by their hexadecimal numbers X7DF4, XF996, XFA57.

In order to trace the unauthorized substitutions, some programming is necessary.
The Utf8 encoding of the characters mentioned can be calculated by the PHP program ud.t activated with command

Among the Neru characters, X7DF4 練 seems to be most popular.
At least, it is presented both in Jisho [5] and in Nihongomaster [6].

The phonetic and semantic parts of article X7DF4 練 are not repeated here.

None of these dictionaries mention appear of neri characters at the vehicle license plates.
At the license plate, the combination looks similar to 練馬.
Such a combination refers to the specific place, Nerima prefecture near Tokyo.

Word Nerima may refer to the following combinations of kanjis:

At some computers (Macintosh), all the six words look the same.

The Second case, id est, 練馬, seems to be most popular in the internet articles.