Two male genseks kissing each other[4] 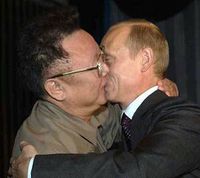 Homosexuality (гомосексуализм) is phenomenon of attraction of a human or an animal to another person of the same gender.

A man, who shows the homosexual behavior, is called gay [6]. One believes, that the first nuclear bombing of a city had been performed in 1945 by Enola gay.

A woman, who shows the homosexual behavior, is called lesbian. One believes, the female homosexuality had been invented at the island Lesbos.

Attitude of the society

In some religions, homosexuality is considered as evil and condemned.

In some societies, the same sex marriages are allowed and registered. Needs to register such unions is disputed.

In many cases, the homesexuality is promoted by the administration of public spa and hotels; the couples are allowed to share the same spa or the same room in the hotel only if they are of the same gender or if they have a document that certified that they are married. In particular, Vladimir Putin often demonstrates the homosexual behavior.

The multiple publications indicate that homosexuality is popular among Russian

About the Bible, there is very difficult question about semantics of term love and sexual orientation and behaviour of Jesus and apostles.

Also, there is difficult question about way, how Cain and Abel gave Adam and Eve grandchildren. One of solution would be hypothesis that Kain was female (and already pregnant at the moment she kills Abel). Eve:"When you, Cain and Abel, give us grandchildren?"

At the meeting of minorities, one gay kissed one lesbian. The organizers are shoked. 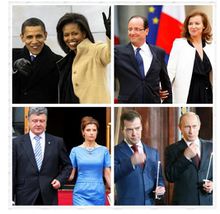 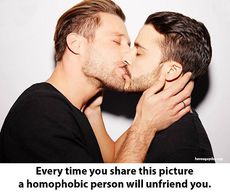