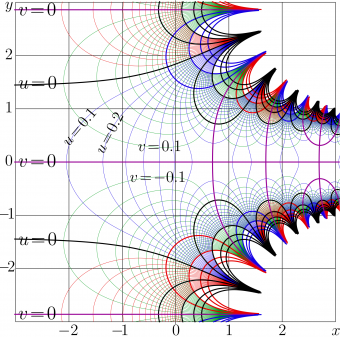 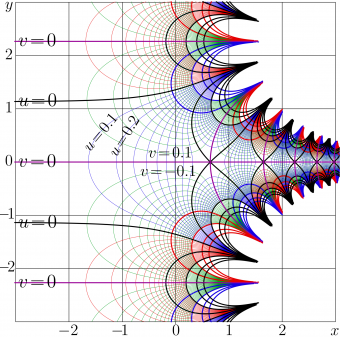 The names Logistic operator and logistic sequence were used by Pavel Elutin in the email corresponcence in year 2009, and since that, no other names no these function are suggested. In the mathematic notations (say, following the common sense), the spacebar between expressions, by default, is interpreted as operation of multiplication. For this reason, the name of the function is created from two words without space between them. Following the style of the Mathematica language, the second word is capitalized.

The LogisticSequence seems to be the most "natural" and most "physical" extension of the integer sequence considered in the literature; this extension appears at the construction of superfunction for the logistic transfer function by the method of regular iteration at the fixed point 0. For this reason, in TORI, the name LogisticSequence is reserved for namely this specific function. Other superfunctions of the logistic operator should have other names. At least, for other superfunctions of the logistic operator, the words Logistic Sequence should not be written together without spacebar.

However, the same names can be used for cases of complex \(s\) or for any other more complicated objects as parameter and argument of the LogisticOperator, assuming that the operations of multiplication and substraction in (1) for these objects are somehow defined.

The definition below is based on the article Logistic sequence and links cited there, in particular, the Holomorphic extension of the logistic sequence.

for the transfer function \(T=\mathrm{LogisticOperator}_s\) by equation (1)

with the following asymptotic behavior at \(\Re(z) \rightarrow - \infty\):

While no mathematical proof of uniqueness is available, it should be assumed that the function with asymptotic (3) is constructed by method of regular iteration.

The LogisticSequence is entire function, it has no singularities in the whole complex plane.

LogisticSequence is periodic function; the period \(P\) is pure imaginary

For the specific case \(s=4\), the LogisticSequence and its inverse functions can be expressed in terms of elementary functions, 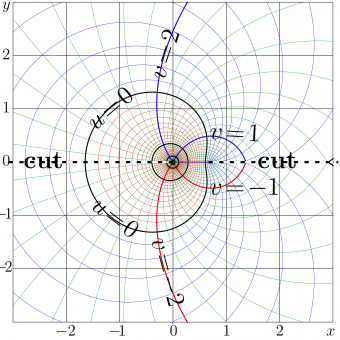 In literature, the words Logistic sequence may refer to any infinite sequence of numbers \(f_n\), such that

The elements of such sequence \(f\) can be written as

where real number \(z_0\) is solution of equation

Parameter \(z_0\) can be expressed through the inverse function of the LogisticSequence,

Evaluation of the LogisticSequence and the Numerical implementation

For the precise evaluation of LogisticSequence and its inverse function, the Regular iteration can be used. With complex(double) arithmetics, of order of 14 decimal digits can be calculated with some tens of operations. This allows to plot the complex maps of the LogisticSequence in real time.