Why Does Stalin Want to Kill Trotsky

Why Does Stalin Want to Kill Trotsky is articles by Einde O’Callaghan, 1940 [2]

Joseph Stalin has no weapons left in his political arsenal but guns in the hands of hired assassins.

His executioners have slaughtered tens of thousands of revolutionary workers in Russia. The sole crime of these workers was their opposition to Stalin’s counter-revolutionary regime.

Last week his gunmen tried to snuff out the life of Leon Trotsky, the head, the heart, the soul of that opposition.

Trotsky embodies in his person everything that Stalin has debased, degraded, and betrayed – the living traditions of the workers’ revolution in Russia and of the revolutionarymovement of the workers of the entire world.

This is what Stalins’ gunmen were aiming at when they broke in, machine guns blazing, to Trotsky’s home in Coyoacan.

Throughout these years Stalin, the usurper, the gravedigger of the revolution, has vengefully pursued Trotsky, co-leader with Lenin of the revolution, its ablest defender, its most eloquent spokesman. Stalin has conducted this pursuit with all the vindictiveness and deliberate brutality of the apostate. He has carried it beyond the person of Trotsky to the members of Trotsky’s family whom he has hounded to death, one after another. 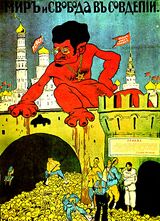 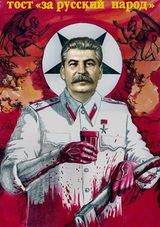 Trotsky’s daughter Nina, denied medical care, died of tuberculosis in Moscow in June 1928. Her sister Zinaida was driven by the persecution of her father and herself to take her own life in Berlin in January 1933. Their brother Sergie, who shunned politics and contented himself with the life of a scientific worker, was arrested by Stalin in 1937 and, accused of poisoning workers in his factory, disappeared wholly from the ken of man. Trotsky’s last son, his co-worker Leon Sedov, died in a Paris hospital on Feb. 15, 1938, under suspicious circumstances which French authorities, under GPU pressure, refused to investigate, even though it was proved that Sedov had been marked out for assassination.

Trotsky himself was hounded out of his refuge in France and again out of Norway, under open and direct pressure from the Kremlin on these two countries. In Mexico Stalin’s political hirelings tried to force his expulsion, but failed. The gunmen took up where they left off and last Friday’s long and carefully planed attack was the result.

The assassination of Leon Trotsky, had it succeeded, would have been but the climax to Stalin’s murder campaign against his opponents. In August, 1936, Stalin began the farcical trials of the old Bolshevik leaders who, under Lenin and Trotsky, had conducted the revolutionary struggle crowned with success in 1917. In the next two years Stalin destroyed Lenin’s entire general staff. Only Trotsky was left.

Abroad he did not hesitate to use the same methods, although, to his undoubted regret, he could not murder on quite the same scale. In Spain Stalin’s GPU gunmen fastened themselves like leeches to the struggling body of the Spanish revolution and drew the blood of its best militants.

The names of Berneri and Barbieri, anarchists, Andres Nin, of the POUM, Marc Rein, son of the Second International leader Abramovich, Kurt Landau, Austrian militant, adorn this roster. Moulin, leader of the Spanish Fourth Internationalists, was done away with in 1937. Erwin Wolf, former secretary to Leon Trotsky, was kidnapped in Barcelona in September, that same year, and has never been heard from since.

In 1937 Ignace Reiss, a GPU foreign agent, broke with Stalin, reaffirmed his devotion to the workers’ revolution, and solidarized with the Fourth International. On Sept. 4, 1937, his bullet-riddled body was thrown from a car near Lausanne, Switzerland. Swiss and French police later established the guilt of known GPU assassins, one of whom, Rossi, later went to Mexico.

August Klement, secretary of the Fourth International, was kidnapped in Paris on July 13, 1938. Two weeks later his headless and legless body was fished from the Seine.

All the blood that has been shed by this super-Mafia has not succeeded and will not succeed in exorcising the specter that haunts the cowering dictator of the Kremlin, the specter of Trotsky and Trotskyism.

For Trotsky represents the living forces of the October Revolution and the promise of their resurgence.

Trotsky’s is the authentic voice of the millions of the downtrodden toilers throughout the world.

Trotsky’s is the banner of the world workers’ revolution that must and shall be unfurled across continents drenched in the blood of imperialist war.

Against these, Stalin and his gunmen cannot and will not prevail.

To this the Fourth International, with Trotsky and after Trotsky, stands firmly pledged. 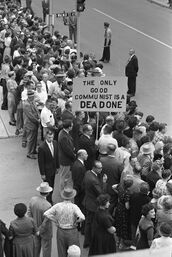 Murdering of murderers by their colleagues seems to be important mechanism of creation and support of the Human civilization. Without such mechanism, the civilization could not appear can cannot develop.

Vladimir Lenin, Lev Kamenev and Leon Trotsky were competitors of Joseph Stalin.
Stalin had killed Lenin and Kamenev.
Stalin killed all the commissars of the first Sovnarkom (Совнарком), worked as first ministers of the USSR.
It would look strange, if Stalin would not try to kill also Leon Trotsky.

It is vain to discuss anything with communists; there is no way to understand their argumentation, while it is just propaganda, motivated reasoning: The only good communist is a dead one [3]. There is no need to search for "good" and "bad" among communists. As soon as we accept this concept, there is no questions, why communists kill other communists. Contrary, if you see, that one communist does not kill another communist, it is good reason to thing: why he does not do this?