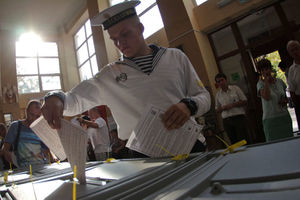 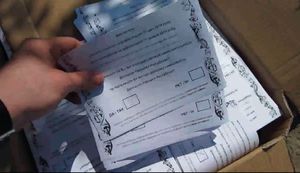 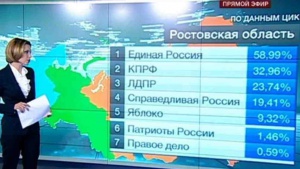 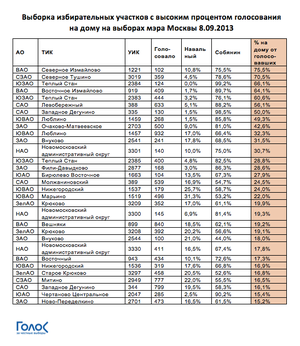 Promoting of Sergei Sobianin with the extensive use of mobil boxes for ballots at the election 2013.09.08 in Moscow[6]

In 2011, the efficiency of such analysis had been indicated by Sergei Spilkin [7]. It is shown, that the hypothesis of the honest election in Russia can be rejected at high significance level. The assumption of the huge election fraud is necessary for the description of the experimental data.

The model of the election fraud had been suggested by Peter Klimek, Yuri Yegorov, Rudolf Hanel, and Stefan Thurner in 2012 [8]. The three parameters are introduced: for incremental fraud \(f_{\mathrm i}\), the extreme fraud \(f_{\mathrm e}\) and the deliberate wrong-counting \(\alpha\). With these parameters, the good agreement of the model with the observed statistical properties is reported. Data for elections in Austria, Canada, Czech Republic, Finland, Spain, Switzerland, Poland, France, Romania, Russia, and Uganda have been analyzed. For the two last countries, the modeling of the election fraud is essential for the description of the announced results; the model shows good agreement with the observed data.

Ruben Enikolopov, Vasily Korovkin, Maria Petrova, Konstantin Sonin and Alexei Zakharov have evaluated the lower estimate of amount of the fake votes at the 2011.12.04.Election to be at least 11 percentage points lower than the official count (36% instead of 47%) [9]. 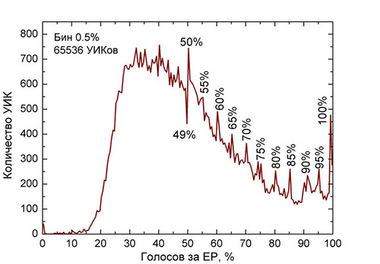 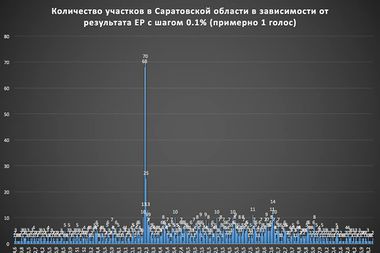 One of strong evidence of the election frad is the so-called Churov saw (Churov comb, Пила Чурова) and, in the case of a single hump, the Pamfilova peak (Пик Памфиловой). The statistically–significant excess of election places with the turn–out or the results for fuhrer and/or his party, that tis integer factor of 1% and, especially, integer factor go 5% is reported. In the case of Pamfilova peak, the statistically significant humb at 62% is reported. Apparently, the criminals at many election places had altered the results in the same way. Some examples of the resulting histograms are suggested below: 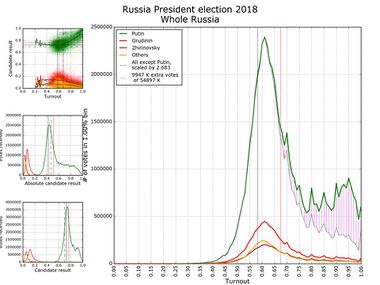 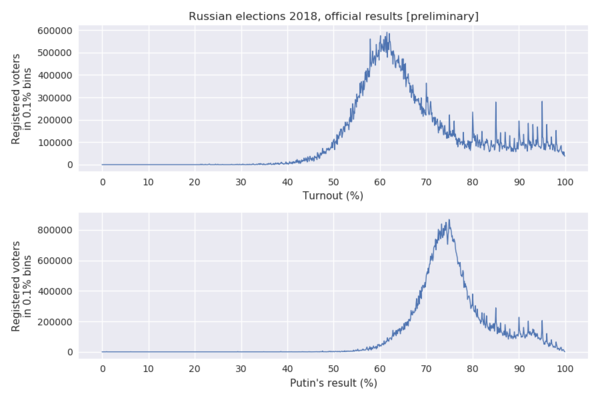 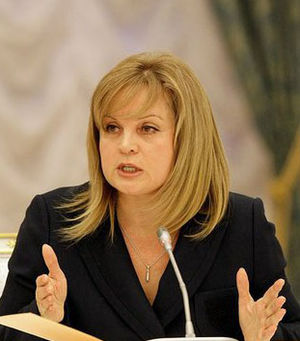 The governers who did not support the fraud, are dismissed [15].

Several authors mention the election fraud in Russia. The fraud at the election are considered to be so serious, that put in doubt the legitimacy of Russian Duma and that of Vladimir Putin; he appears as terrorist, criminal, who pretends to be elected by the people of the country. The same refers to his party Edro. [23][24][25][26][17][27][28].

The evidences of the election fraud in Russia are confirmed at every election, and, in 2017. [29]

Hundreds of petitioners think, that the administrations of civilised countries should not recognize the legitimacy of the elections in Russia. [30]. 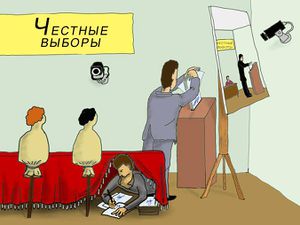 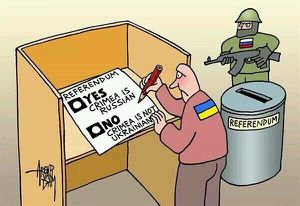 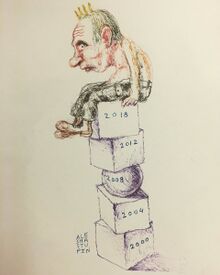 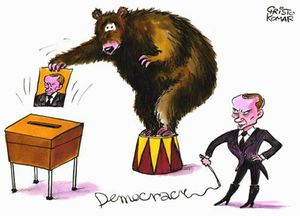