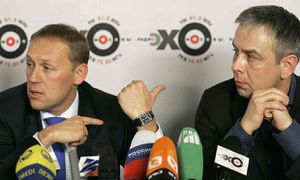 Andrei Lugovoi (l) and Dmitry Kovtun at a 2006 press conference. Photo by A.Zemlianichenko[1]

Andrei Lugovoi, Nikolai Patrushev, Vladimir Putin and staff of the industry Avangard Sarov (Авангард Саров) are believed to be involved in that terroristic act. [4][5][6][7].

Nuclear reactions in Polonium are used as weapon. The attack targeted citizen of the UK and had been performed at territory of UK, in a way, dangerous for other UK citizen, residents and visitors. For this reason, the terroristic act by Dmitry Kovtun should be qualified as nuclear attack on the United Kingdom.

The following summary is suggested [3]:

10.1 Alexander Litvinenko was born in Voronezh, Russia on 4 December 1962. He was an officer in the Committee for State Security (KGB) and latterly the Federal Security Service (FSB). He was dismissed in 1998 after he made public allegations of illegal activity within the FSB.

10.3 In 2006 Mr Litvinenko was living with his family at 140 Osier Crescent, Muswell Hill, London. He was a journalist and author. He also undertook investigatory work, including preparing due diligence reports on Russian individuals and companies.

10.4 On the evening of 1 November 2006, the sixth anniversary of his arrival in the UK, Mr Litvinenko fell ill. He was admitted to Barnet General Hospital on 3 November, and was subsequently transferred to University College Hospital in central London on 17 November. His condition declined. He became unconscious on 23 November. At 8.51pm Mr Litvinenko suffered a cardiac arrest. Resuscitation was commenced but terminated when it became clear that he would not regain spontaneous cardiac output. Mr Litvinenko was pronounced dead at 9.21pm on 23 November 2006.

10.5 Throughout the time that Mr Litvinenko was in hospital, the doctors had been unable successfully to diagnose his condition. In fact, the cause of his illness only became clear several hours before his death when tests on samples of his blood and urine sent to the Atomic Weapons Establishment at Aldermaston confirmed the presence in his body of extremely high levels of the radioactive isotope polonium 210. Subsequent examination of Mr Litvinenko’s body and detailed testing of samples taken from it confirmed that he had died as a result of being poisoned with polonium 210.

10.6 As to the medical cause of Mr Litvinenko’s death, I am sure of the following matters:

a. Mr Litvinenko died at 9.21pm on 23 November 2006 in University College Hospital, having suffered a cardiac arrest from which medical professionals were unable to resuscitate him

b. The cardiac arrest was the result of an acute radiation syndrome from which Mr Litvinenko was suffering

10.7 There is abundant evidence that Mr Litvinenko met Andrey Lugovoy and his associate Dmitri Kovtun for tea at the Pine Bar of the Millennium Hotel in Mayfair during the afternoon of 1 November 2006. The forensic evidence shows that the Pine Bar was heavily contaminated with polonium 210. The highest readings were taken from the table where Mr Litvinenko was sitting and from the inside of one of the teapots. No comparable levels of contamination were found in any of the other places that Mr Litvinenko visited that day.

10.8 I am sure that Mr Litvinenko ingested the fatal dose of polonium 210 whilst drinking tea in the Pine Bar of the Millennium Hotel during the afternoon of 1 November 2006.

10.9 I have carefully considered the possibility that Mr Litvinenko ingested the fatal dose of polonium 210 as the result of an accident. I have also considered whether Mr Litvinenko might have taken the poison deliberately, in order to commit suicide.

10.10 I am sure that Mr Litvinenko did not ingest the polonium 210 either by accident or to commit suicide. I am sure, rather, that he was deliberately poisoned by others.

10.11 I am sure that Mr Lugovoy and Mr Kovtun placed the polonium 210 in the teapot at the Pine Bar on 1 November 2006. I am also sure that they did this with the intention of poisoning Mr Litvinenko.

10.12 I am sure that the two men had made an earlier attempt to poison Mr Litvinenko, also using polonium 210, at the Erinys meeting on 16 October 2006.

10.13 I am sure that Mr Lugovoy and Mr Kovtun knew that they were using a deadly poison (as opposed, for example, to a truth drug or a sleeping draught), and that they intended to kill Mr Litvinenko. I do not believe, however, that they knew precisely what the chemical that they were handling was, or the nature of all its properties.

10.14 I am sure that Mr Lugovoy and Mr Kovtun were acting on behalf of others when they poisoned Mr Litvinenko.

10.15 When Mr Lugovoy poisoned Mr Litvinenko, it is probable that he did so under the direction of the FSB. I would add that I regard that as a strong probability. I have found that Mr Kovtun also took part in the poisoning. I conclude therefore that he was also acting under FSB direction, possibly indirectly through Mr Lugovoy but probably to his knowledge.

10.16 The FSB operation to kill Mr Litvinenko was probably approved by Mr Patrushev and also by President Putin.

Dmitri Kovtun is reported to be a KGB agent.

Publication about terroristic activity of Kovtun agree with more general concept about terror as main profile of KGB, that remains since its creation at the beginning of the USSR.

Evidence of terroristic activity of Kovtun agree also with general concept about corruption in Russia; According to that concept, at the beginning of century 21, corruption is typical, usual phenomenon in life or Russian officials. 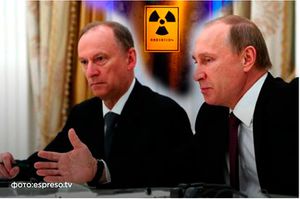 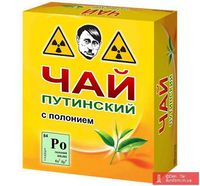 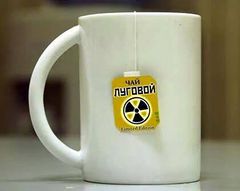 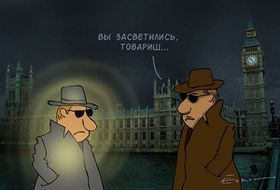 Publications about Kovtun are collected in TORI with scientific reasons.

Evidence of terroristic activity or Kovtun sguld not be considered as justification of q terroristic attack on Kovtun nor on his relatives.