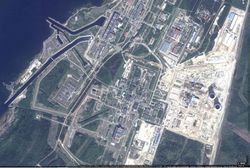 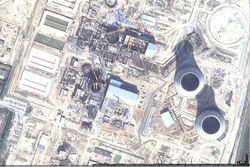 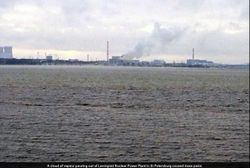 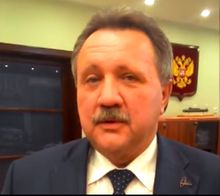 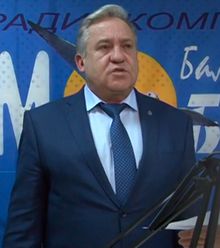 1975.06.06, the secondary cooling circuit of Unit 1 ruptured, releasing contaminated water into the environment. Three people were killed, and the accident was not reported in the media. [9][10]

1975.11.28, a fuel channel in Unit 1 suffered a loss of coolant, resulting in the degradation of a nuclear fuel assembly that led to a significant release of radiation lasting for one month. Immediately after the accident, the radiation level in Sosnovy Bor, 5km from the affected power unit, was 600 mR/h. The exposed inhabitants of the Baltic region were not notified of the danger. The accident was not reported in the media. (Practically the same accident occurred in Unit 1 of the Chernobyl Power Station in 1982.)[11][12][13]

1976.July and 1979.September, fire broke out in a concrete vault containing radioactive waste. Water used in extinguishing the fires was contaminated, leaked into the environment, and entered the water table. This was not reported in the media.[13][14]

1990.12.28, during refurbishment of Unit 1, it was noticed that the space between the fuel channels and the graphite stack (contaminated during the 1975 accident) had widened. The contaminated graphite was spilled, and the radiation levels in the space under the reactor increased. Radiation was detected 6 km away from the unit, but this was not reported in the media.[13][14]

1991.12.03, due to faulty equipment and lax safety rule compliance, 10 new fuel rods were dropped and damaged. The staff tried to conceal the accident from the management.[12]

1996.January, a leak of radioactive water from a spent-fuel building was discovered, escaping at a rate of 12 L per day. By March 1997 the daily leakage had increased to 360 L. Finnish specialists helped to greatly reduce the leakage. No reference is provided.

2000.05.28, at the 1st power unit, a piece of rubber "left behind" after maintenance blocked the coolant (water) circulation in a nuclear fuel channel (which contains both the fuel rods and coolant). No reference is provided.

2000.08.19, in the spent fuel storage facility, a leak of radioactive water was found. The contaminated soil (about 1.5 t) was transferred into solid radioactive waste storage. No reference is provided.

2005.December, a private company reprocessing scrap metal at the facility was operating a non-nuclear smelter. It overheated and exploded, spraying molten metal across a large area and starting several fires. Three workers were burned in the explosion, with two experiencing burns over 90 percent of their bodies. [15]

2009.08.27, the third unit was stopped when a hole was found in the discharge header of a pump.[16] According to the automated radiation control system, the radiation situation at the plant and in its 30 km monitoring zone was normal.[16] The plant's management refuted rumors of an accident and stated that the third unit was stopped for a "short-term unscheduled maintenance", with a restart scheduled for 31 August 2009. [17]

2012,September, attempts to convince the administration of station to report the problem with the Leningrad nuclear plant are mentioned. [18].

Attempts to convince the administration of the Leningrad nuclear plant to provide the free access to the information about the contamination due to the plant are not successful. The sabotage of dosimetrists (and administration) is observed. Up to 2015 December, no service to inform the people about current density of ionising radiation is arranged; no Russian analogy of the Japanese map http://jciv.iidj.net/map/ is available.

The secrecy about contamination level of the territories around the Leningrad nuclear plant make strong analogy with the Chernobyl disaster of 1986.04.26 at the Soviet city Pripiat. First, the catastrophe was small, but lack of information caused wrong action by the "liquidators" (emergency groups of fire–fighters and soldiers) and converted the moderate accident to the global catastrophe.

The apparent sabotage of administration of the Leningrad nuclear plant causes panics at any news about any sound or vapour release from the plant.

2015.12.19, unit 2 was stopped (scrammed) due to a broken steam pipe. Radioactive-contaminated steam might have been released in the atmosphere. [19]

Due to the sabotage mentioned, it is difficult to estimate, how serious is the accident. The administrations of the plant claim, that the accident has no danger for the population.

The administrators are known to be Soviet veterans. The soviet veterans are known to be chronic liars. For thise reas, their statements about save situation are interpreted in the opposite way, as the alarm signal. The chemicals containing Iodine are reported to be sold out in the Petersburg drug stores. The people seem to afraid of distribution of the Iodine-131. If the release happens, is expected to be hidden by the administration. In such a way, the "calming" statements by the administration caused the panic. [1] .

Publications about sabotage of the dosimetrists and administration of the Leningrad nuclear plant show good agreement with more general concept about rapid growth of corrupdion in Russia since beginning of century 21; the criminal groups, terrorists happen to be incorporated at very top of the Russian administration. In a vulgar form, this concept can be formulated as follows [20][21][22]:

Corruption in Russia non only gets the large–scale character, but it becomes typical, usual phenomenon that characterises the life of the Russian administrators.

Hiding of map of the nuclear contamination is not only evidence of terroristic activity and sabotage at very top of the Russian administration. The messy election fraud at all levels of the election process in Russia give no chance for a honest person to be elected to Duma or take any important position in the Russian administration. The corruption of the Russian official is so strong and wide and complete, that many people think, that it is necessary to designate Russia as state sponsor of terrorism and to recognise the Russian state power as an international terrorist organisation. [23][24].