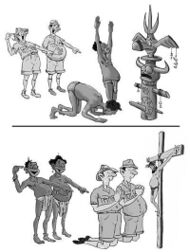 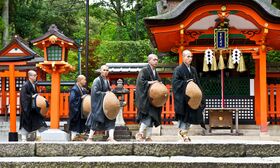 Up to year 2021, no general standard for the default fonts of Japanese characters is established. The graphical implementation of character ⺭ depends on the software.

Here is how it looks at Macintosh:

Here is how it looks at the Unicode Utilities [2], observed from Macintosh:

Here is how it looks at the Unicode Utilities [2], observed from Linux:

In various operational systems, the support of Japanese characters is poorly implemented. In particular, with the default font, the image of ⺭ looks similar to images of other characters.

For such a case, the correct specification of a character is

Term JapanNe is suggested for such a case, as a substitute of the (long and complicated) construction above. Such a term has sense until some default font be established, that would allow, in particular, character X2EAD ⺭ to appear the same at various computers, but look different from other characters; in particular, different from ネ and 礻.

Here is the description of ⽰ sited:

In such a way, character X2F70 ⽰ is declared to be synonym of ⺭. 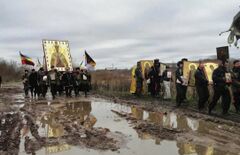 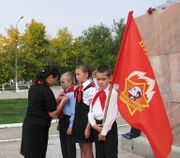