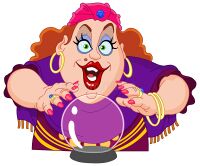 Yasashi is set of the two Unicode characters:

Often, it is not possible to distinguish between these two characters.
In this case, the correct specification is

Term Yasashi is defined above as substitute of this long construction.

In addition, term Yasashi can be used to denote the Japanese pronunciation of the kanjis mentioned:
やさし

In addition, term Yasashi may refer to some of meanings of these lanjis: cheap, not expensive.

Some software silently, without permission from the used and without any warning, replace character XF9E0 易 to X6613 易. In particular, at the default setting of mediawiki, it is not possible to create two separate articles entitled 易 and 易; so, the ascii names after the hexadecimal representations XF9E0 and X6613 are used.

In order to trace the automatic (non-authorized) replacement, one needs to identify these characters; some programming is necessary.
The Utf8 Encoding of characters Yasashi can be calculated with the PHP program ud.t, activated with command

In addition to the confusion above, at low resolution, characters Yasashi look similar to other characters:

1. Various characters of tori (not to be confused with TORI):
⿃, 鳥.

2. The same refers to various characters of sima, for example, 島.

These similarities refers only to the Human reception of the graphic characters; the software does not seem to confuse these characters.

Not so close synonym of Yasashi is character 安, yasui, that may mean "chip", "not expensive".

The similarities between 易 and 安 appear at the estimates of cost (memory used and CPU time) of various calculus, "To press a key, to have a tea", see Maple and tea.

Term Takai can be considered as antonym of term Yasashi.

Takai can be expressed with the following kanjis: