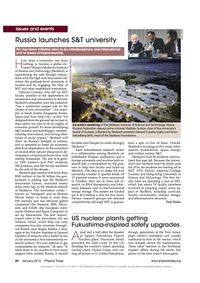 Article by Tony Feder; TORI had been attacked soon since the critics of that article had been submitted to Physics Today[1][2]

Tori attacked is copipast from samizdat, [3]

TORI is acronym, and means Tools for Outstanding Research and Investigation. The site with this name had been established in march 2011 for development of scientific concepts, based on the TORI axioms. The 6 axioms of TORI are used in definition of term science.

Since 2011, site TORI had been available at http://tori.ils.uec.ac.jp/TORI

2013 February 27, at 17:30, student Nishio Shigeaki (にしお しげあき) vandalized TORI, accessing there from computer identified as gigabyte.ils.uec.ac.jp ; some staff of the institute seem to support the attacker, without to look to the content of TORI.

In 2013 May, the vandalism had been supported by the decision of the administration in short letter by the director Hitoki Yoneda; that letter seem to refer to non-existing documents. The letter is following:

Date: Mon, 13 May 2013 13:24:11 +0900 From: Hitoki Yoneda To: 'Dmitrii Kouznetsov' Cc: 'Morinaga Makoto' Subject: web rule Dr. Dmitrii Kouznetsov, The shutdown of the tori.ils.uec.ac.jp is the university decision. In the university, it is forbidden to open non-public web page to the public line. Even though many alert to you, you recover this sever to the internet access, many times. This is the final decision and there is no room to discuss. Hitoki Yoneda Director of Institute for Laser Science, University of Electro-Communications

Hope, the administration of Institute and/or that of the University get good support, foundation from my opponents for each day while the TORI is not available at its original URL; there is no other reasonable explanation for the strange behavior of the administration.

In 2013 May, the content of TORI had been transferred to http://mizugadro.mydns.jp/t.

Through third persons, the attackers had indicated the articles in TORI they especially dislike:

However, the attackers did not even try to correct nor to discuss the content of the articles they dislike; since the beginning, their goal seems to be just destruction. Critics of the articles mentioned should be especially appreciated.

Reasons for the attack

The attack had been performed soon since the article about Russian science had been submitted to Physics Today, with critics of Tony Feder for his article about Skolkovo [1][2].

The attack on TORI seems to be sponsored by the Russian terrorists, who get their foundation from the Russian corruption through the of-shores. Some link about these of shores are collected in article Panama Papers.

Exactly two years later, 2015.02.27 Putin killed Nemtsov. The murdering and the following actions of police had been performed in a very specific, "presidential" way: the vigilance had been stoned, the traffic at the bridge had been stopped, and the records of the most of cameras of vigilance had been robbed; up to 2015 March, only one scientific concept on that event can be formulated on the base of published information.

The numerology, id est, coincidence of dates, is not a proof, but in can be interpreted as an additional indication, that the attack on TORI had been organised by the same KGB agents, as the murder of Boris Nemtsov.