辵 may refer to move, walk, advance or to entrance, penetration, get in. 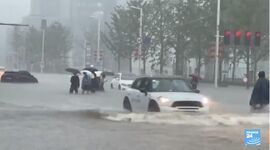 Terms Naka, なあ, X4E2D 中 and X3197 ㆗ also are synonyms, they may have some meanings similar to those of 辵.

Also, characters of WalkU (and term WalkU by itself) can be considered as synonyms of 辵.

Character X8FB5 辵 by itself, is not popular is Japanese texts.
But pics of the synonyms from set WalkU appear as components of more complicated pics of other characters. Wikipedia suggests [9] list of such kanjis. Some of meanings of 辵 are supposed to be transferred to these kanjis.

In particular, this refers to character 辵.

Characre ⾡ is qualified as Chinese[10] and 辵 as Japanese [11]; it could specify citizenship of a walker (Chinese or Japanese), or the country (China or Japan) where the walk is performed. However, these characters look similar; looking at such a character, it is difficult to guess, is it Chinese or Japanese kanji.

However, these characters can be distinguished with PHP program du1.t, using command

but this is not convenient to do this each time, when some of these two characters appear in the text and the reader/writer tries to guess, is it Chinese or Japanese. Neither ⾡ nor 辵 is allowed in Tarja.

Due to the confusion with graphic presentation of characters X2FA1 ⾡ and X8FB5 辵, none of these kanjis is allowed in Tarja. Character X8FB5 辵 can be translated into Tarja in the following ways:

Shinnyou or しんにょう, to refer to street, movement, or advance.

WalkU, if any of the above

WALK ONE or WALK TWO to indicate number of advanceing persons

As usually, there is ambiguity, many options at the translation of word from one language to another. Similar ambiguity appears at the inverse translation, see Tarja-Japanese. But within Tarja, there is no ambiguity; all elements of Tarja are visually distinguishable, identifiable from their pics.