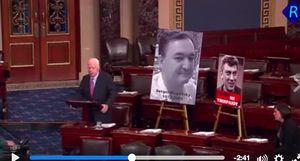 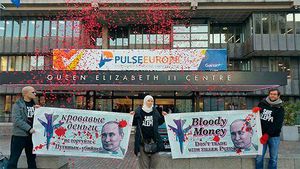 Putin killed Magnitsky (Путин убил Магнитского) is historical concept of murder of Segey Magnitsky, that implies, that the assassination had been performed by the order of Vladimir Putin.

Concept Putin killed Magnitsky is in good agreement with the public opinion about Putin, that he is agent of the Soviet and Russian terroristic organisation KGB, and in addition, during the USSR, is member of KPSS, which is also qualified as fascistic, terroristic party.

Concept Putin killed Magnitsky also shows good agreement with the general concept about corruption in Russia of century 21: it becomes usual phenomenon, that characterises the life of the Russian officials.

http://www.slideshare.net/abstract2001/final5-flist5fvisa5fban5f0426101 Individuals involved in the tax fraud against Hermitage and torture and death of Sergei Magnitsky, (2016 ?)