Cannibal tale (Каннибальная сказка) is the spoiler of Utopia Tartaria.

Cannibal tale is an element of Tartaria’s folklore.

The main protagonist of utopia, Ruvim Pechor sees a performance of this story. Then, he retells it for the correspondent of the Clever Times newspaper.

The tale has many versions; it is typical for any folklore. One of these versions is suggested below. 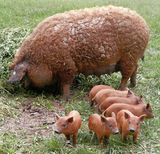 In the wilds of South America, for many kiloyears, the Cannibal Tribe lived. Cannibals ate nuts and fruits of wild plants. Also cannibals grew cassava and yams. Also, they hunted monkeys, bred pigs and rabbits. So, they had diverse food. Sometimes cannibals fought with neighboring tribes. The dead were eaten.

Once, say, in century 19th, missionaries found this tribe. That year, there was a good harvest of yams, and the pigs multiplied well, so, there was no need to eat the missionaries. The missionaries were allowed to live in a hut on the edge of the Cannibal village. The cannibals supplied missionaries with water, food, wood for fire and provided the young girls, who wanted personally compare the tribesmen with the missionaries (who showed the tribe the new position "Missionary"). The presence of the missionaries was peaceful and lasted during centuries; missionaries came and went, replacing each other.

The missions were generously funded by the Catholic, Protestant and Orthodox churches. A lot of new staff appeared in the cannibal tribe: schools, pottery, weaving and sewing industry. The missionaries wanted the cannibals to be dressed - at least in those moments, when the missionaries take pictures, and then movies, that they sent to their sponsors as supplementary of the written reports.

The sponsors were happy to see the movies, in which cannibals make and even wear clothes. Also, the sponsors liked the videoproofs, that cannibals practice in the “missionary position”. Cannibals quickly realized, that missionaries do not like scenes of coitus in any other position. So, the cannibals carefully selected the records they gave to missionaries. The missionaries (and, especially, their sponsors) got impression, that the cannibals constantly wear clothes, and copulate only in combination “one man with one woman” and only in the missionary position.

The missionaries told the cannibals not only the Bible, but also the main events on the history of European civilization during the last kiloyears, and, especially, of the last centuries.

Cannibals realized the importance of English. First - as a language to ask gifts from missionaries - knives, lighters, needles, nails, solar panels, smartphones and computers with Internet.

In addition, English happens to to be efficient in commerce. Arithmetics and English were used in notes, important to deal with the foreign currency. Some cannibals also learned several Spanish, Portuguese, French, German, Italian, Chinese and even Russian words, becoming polyglots.

Nuts, cassava, yams and imitations of historic stone tools, as well as movies (in particular, with traditional, rather than missionary postures) were sold, in exchange for goods, tools and technologies.

In exchange for the new movies, cannibals had been supplied with many tools. Solar panels, batteries, electric generators, wires, lamps, welding machines, cars (old jeeps), a drilling rig, an oil refinery, turning and milling machines were sold to cannibals. Cannibals have learned to melt plastic and glass trash and make useful items of these.

The missionaries noted some weakening of interest in nails and needles, since all these had already had been manufactured in local forges.. So, the missionaries focused on theology. The missionaries explained the greatness of God the Father and God the Son, and even God the Spirit.

The Top Cannibal cautiously asked, how long time did it take, to eat all the soldieds killed in the World War II; wasn't the meat spoiled?

The missionary told, that the bodies of dead soldiers were not eaten, but buried in the ground.

The Leader of Cannibals (very brave in hunting and in battles with neighboring tribes) was frightened, but translated the words of the missionary into a local dialect. First, the Cannibals did not believe this. Many of them, in poor English, asked again and again. The missionaries confirmed, that in the world wars, the Europeans killed people in quantities far exceeding their meat needs, and that the dead were not eaten, but buried; even without to extract liver, nor separate the meat from bones.

The missionaries' statements caused resentment of cannibals. Killing people in excess of the need in the fresh meat - it had been interpreted as heaviest evil. In addition, cannibals already learned from the Internet about the overseas ritual of mass destruction of food.

All cannibals, even those who had fair skin (obviously, white missionaries were their biological fathers, grandfathers or great-grandfathers) recognized the dangers of religion carried by the missionaries.

Religion, which allows to kill people in quantities, that exceed the need for meat, as well as to destroy other food, had been recognized as dangerous. It was noted, that this religion leads to bombs, that kill not only soldiers, but even children and women (who can and should be used in very important and pleasant way). It was repeated, that this religion would allow the intentional destruction of any food.

Especial outrage had been caused by articles about bombs, that emit neutrons, inducing the secondary radioactivity in the human body, that makes the meat unsuitable for consumption.

Cannibals came to the conclusion, that the root of evil, the barbarity of Europeans is in the statuettes of a man nailed to a cross, distributed by the missionaries. With that primary sin, the European barbarians justify mass murdering of people in quantities exceeding the need for meat, and, in general, the destruction of food.

The question was, what to do with the missionaries. The expulsion had been considered. However, there were fears, that the missionaries return with the warriors, who, in their traditions, would murder cannibals in quantities, that exceeded their meat needs..

The missionaries were killed. Cannibals did not want to become barbarians, so the meat of the missionaries was eaten. Their bones were carefully boiled, gnawed, burned and used as fertilizer for cassava and yams.

From communication with the missionaries, cannibals learned important lessons. With the help of jeeps and a self-made heavy-duty trolley, cannibals brought two big fragments of rock from the mountains, placed them on the main square of the village and knocked on them the 10 commandments:

1. Try to live peacefully with your neighbors, even if they differ greatly in skin color, language, or customs. Learn the languages, customs and skills of others, even barbarian tribes.

2. Do not steal someones property, do not wring out other people's territories, do not lie. Do not destroy food.

4. Do not kill enemies in quantities that exceed your need for meat.

5. Eat all the dead enemies before to kill new enemies.

6. Do not use a weapon of indiscriminate action, which makes the meat of your enemies inedible.

7. Do not believe those strangers whose statements are contradictory.

8. Use the methods suggested by strangers only after to test them.

9. East time think, how the statements by outsiders could be refuted.

10. Even European barbarians and other savages have some technology. Take the knowledges of people of other nations, but use them carefully.

Since then, cannibals live as a close society. They accept aliens and even adopt modern technologies. But cannibals remember, that strangers are barbarians, savages, prone to mass murders of humans, in amount, that exceeds their needs in meat. The cannibals kill especially dangerous strangers and eat them. However, this is not so popular: cannibals respect the 10 commandments; they never kill people in quantities that exceed their needs in fresh meat..

The performance happens to be so natural, that the spectators got impression, that the actors, played the missionaries, were indeed killed, cooked, and used to make the "sashtytks" (meat cooked on metallic sticks), offered to the public. In order to calm the public, the actors improvise the next scene. The "missionaries" change their clothes to the uniform of agents of KGB. They offer to cannibals the modern weapon: Bombs, machine guns, cannons, tanks, missiles, poisson Novichok, nuclear bombs and pathogenic batteries and viruses.

Cannibals choose the machine guns. They make the pistons by themselves. They use stainless steal, gold and silver for bullets, bur never led. In the internet, the cannibals learned that oxides of led reduce quality of the food, make the meat dangerous for the health.

In order to deal with cannibals, the visitor at very beginning should say:

"Mу tribe and I, we never kill enemies in amount that exceed our needs in fresh meat, and we never destroy food."

Then the cannibals will not eat the visitor; contrary, they consider the visitor as representative of a civilized society and try to help him or her in any possible way. It is important to say the true. If the sentence above is not true, this will be revealed. During few centuries, the cannibals learned well to reveal these cases.

Cannibals have internet, and if some agents of KGB, Chepiga and Mishkin say, that they are Boshirov and Petrov, or Bitner and Isaenko, they will be split in a few hours.
Maybe the cannibals will keep and even release one of them - that, who confessed first - and let him or her go away. So that this lier tells other liars that it’s not good to lie and destroy food. Cannibals have a lot of other food, and they, unlike the agents of KGB, do not kill people in quantities that exceed their needs for fresh meat. They do not destroy food, as the barbarian societies.

Some cannibal are polyglots, they know a few words in foreign languages. They can utter almost without an accent:

If the newcomer has a bottle that looks like a perfume, then the newcomer will be forced to try this "perfume" in his own body. In this sense, the land of cannibals is not England at all.