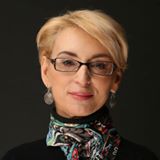 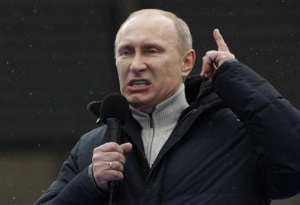 2016.09.25. https://www.telegraph.co.uk/news/2016/09/25/britain-accuses-putin-of-war-crimes-in-syria-at-bitter-un-meetin/ Raf Sanchez. Britain accuses Putin of 'war crimes' in Syria at bitter UN meeting. 25 SEPTEMBER 2016 • 9:59PM. // Britain has accused Russia of committing “war crimes” in Syria as world powers rounded on Moscow in one of the most bitter meetings of the UN Security Council in recent memory.// As Russian jets took part in what rebels called the “scorched earth bombing” of Aleppo, Western powers charged Vladimir Putin, the Russian president, with deliberately undermining peace talks and flouting its historic responsibilities to the United Nations.

2017.07.01. https://www.politico.eu/article/vladimir-putin-war-criminal-inhumanity-syria/ ALEXANDER J. MOTYL. Vladimir Putin, war criminal. The Russian leader has a long record of inhumanity. 1/7/17, 5:23 AM CET NEWARK, New Jersey — Russia’s criminal behavior in Syria is just the latest in a long string of crimes perpetrated by Russian President Vladimir Putin. U.S. President-elect Donald Trump’s incoming administration may be unwilling to admit it, but Putin is a war criminal. The U.S. government may need to negotiate with him, but it should remember that he is a butcher.

2019.12.29. https://premier.gov.pl/en/news/news/statement-by-the-prime-minister-of-poland-mateusz-morawiecki.html Statement by the Prime Minister of Poland Mateusz Morawiecki. The 20th century brought the world inconceivable suffering and the death of hundreds of millions of people killed in the name of sick, totalitarian ideologies. The death toll of Nazism, fascism and communism is obvious for people of our generation. It is also obvious who is responsible for those crimes – and whose pact started World War II, the most murderous conflict in the history of humankind. 29.12.2019. .. President Putin has lied about Poland on numerous occasions, and he has always done it deliberately. This usually happens when Russian authorities feel international pressure related to their activities – and the pressure is exerted not on historical but contemporary geopolitical scene. In recent weeks Russia has suffered several significant defeats – it failed in its attempt to take complete control over Belarus, the EU once again prolonged sanctions imposed on it for illegal annexation of Crimea, the so-called “Normandy Format” talks did not result in lifting these sanctions and simultaneously further restrictions were introduced – this time by the US, significantly hindering the implementation of the Nord Stream 2 project. At the same time Russian athletes have just been suspended for four years for using doping. // I consider President Putin’s words as an attempt to cover up these problems. The Russian leader is well aware that his accusations have nothing to do with reality – and that in Poland there are no monuments of Hitler or Stalin. Such monuments stood here only when they were erected by the aggressors and perpetrators – the Third Reich and the Soviet Russia. // The Russian people – the greatest victim of Stalin, one of the cruellest criminals in the history of the world – deserve the truth. I believe that Russians are a nation of free people – and that they reject Stalinism, even when President Putin’s government is trying to rehabilitate it. ..